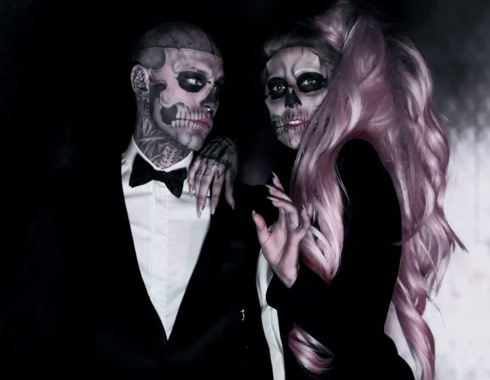 Lady Gaga has finally released the full-length music video for her single “Born This Way” and it is yet another masterful wacked out visual treat with lots of nearly naked bony faced Gaga choreography!

Here is Lady Gaga’s “Born This Way” Creation Myth preamble in its entirety, which pretty much explains the video if you pay close enough attention: 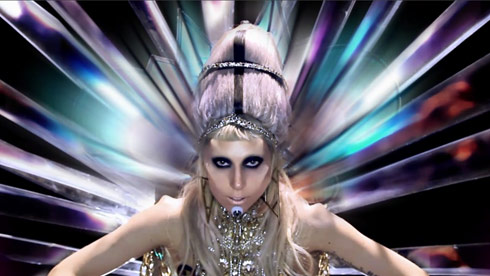 This is the manifesto of Mother Monster.

On Goat, a government-owned alien territory in space, a birth of magnificent and magical proportions took place.

But the birth was not finite. It was infinite. As the womb slumbered and the mitosis of the future began, it was perceived that this infamous moment in life is not temporal, it is eternal.

And thus began the beginning of the new race, a race within the race of humanity. A race which bears no prejudice, no judgement, but boundless freedom. 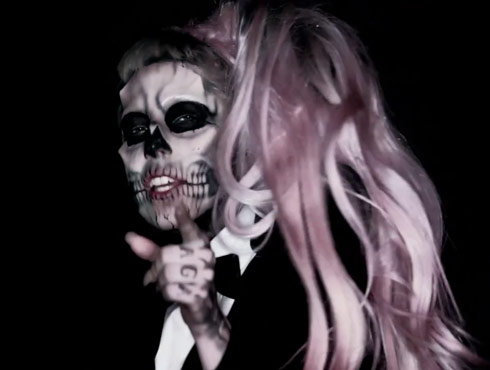 But on that same day as the eternal mother hovered in the multiverse another more terrifying birth took place: the birth of evil.

And as she herself split into two, rotating in agony between two ultimate forces, the pendulum of choice began its dance.

It seems easy you imagine to gravitate instantly and unwaveringly towards good. 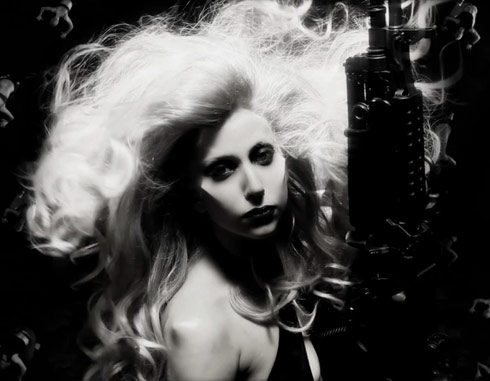 But she wondered, “How can I protect something so perfect without evil?” 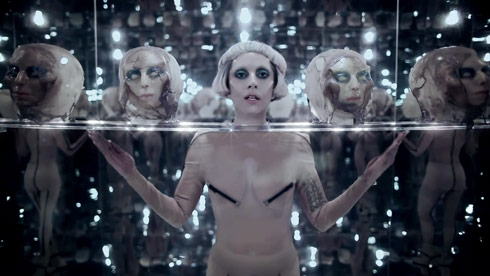 VIDEO and PHOTOS 15-year-old Lady Gaga on The Sopranos