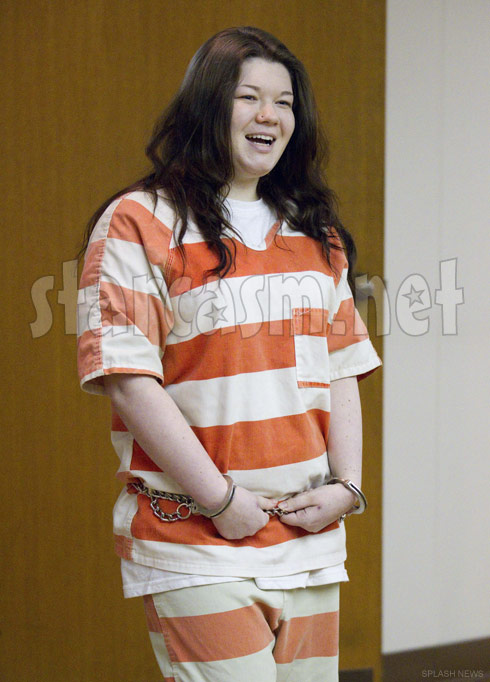 A while back I did a quick write up on how Amber Portwood wasn’t evicted from her home that she had already moved her stuff out of and didn’t live in at the time because she was incarcerated.  Well…

TMZ is citing law enforcement sources that are stating she was eventually evicted and it was due to the fact that Amber was using tax payer money to subsidize her housing cost and she was earning way too much bank to do so.

Her official lease agreement reveals that the house she was renting in her hometown of Anderson, Indiana was subsidized by the state’s “Low Income Rental Housing Tax Credit Program.” To qualify for said program, something that’s required before you can even move in, Amber claimed that she made approximately $10,000 a year. This number doesn’t jive at all with previous reports from a court appearance in which Portwood claimed that she made $140,000 for a 6-month-contract with MTV in 2010.

This huge disparity alarmed the landlords and the sources claim that this is the reason she was allegedly evicted. Meanwhile Amber is still in jail while she waits for final approval to enter a court-appointed drug rehab program that was part of a plea deal to avoid further jail time.

All of this is a big mess of course and something is off from what I gather. On January 25th a judge ruled that she was not evicted because she was already in the process of moving out while TMZ uses the term evicted in their report. I think it’s a case of nomenclature as we’re talking about the difference between being legally evicted, which she was not, and being asked to leave by her landlord.

In summary the best I can piece together is that Amber’s landlords wanted her evicted and cited this alleged fraud in earnings claim as the reason but later a judge ruled against it because she had already been in the process of heading out. In the end this wouldn’t change the fact that Amber claimed to make way less which allowed her to get subsidized housing than what she previously was forced to admit to earning in court.

It seems like every time I write about Amber recently I’m reminded that I’m glad I’m not a lawyer!

Teen Mom: Ryan Edwards is fighting Maci Bookout in court for custody of Bentley just to hurt her

Randy Quaid and wife Evi arrested and charged with 3 felony counts for stiffing a hotel $10,000