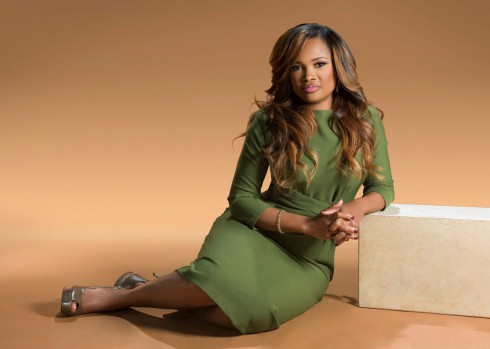 When Bravo’s medical themed drama fest Married to Medicine returns for a second season on April 6, fans will be introduced to a couple new names and faces, one of which is just Heavenly — literally. Meet Dr. Heavenly Kimes, a dentist who not only owns four dental practices in the metro Atlanta area, but also has an impressive Bravontrepreneurial resume that includes being an author, motivational speaker, radio show host and business maven!

Heavenly is the first dentist to join the Married to Medicine cast (and the second notable Bravolebrity with a dental practice, joining former Real Housewives of Miami star Karent Sierra), but that almost wasn’t the case.

Heavenly originally planned on becoming a doctor, but was later convinced that being a dentist would better suit her other goals. “There was a recruiter who came to my school to talk about dentistry,” Kimes told Black Enterprise in an interview last year. “He made dentistry sound so rewarding because as a woman I knew I wanted to be married — I wanted to have kids … and he made it seem like I could do that because I wouldn’t have to do a long residency. I could set my own hours rather than being on call as a medical doctor. Because of that I said, ‘Hmm, let me look into this dentistry thing,’” she explains.

Not only did Heavenly (my apologies for not referring to her as Kimes or Dr. Kimes, but I just cannot not call her Heavenly!) “look into this dentistry thing,” she graduated at the top of her class with a Doctorate of Dental Surgery from Meharry Medical College.

After completing dental school, Heavenly attended an AEGD program in Memphis, TN and then worked as an Associate Dentist for over 3 years. Her husband, Dr. Damon Kimes — a board-certified physician, co-signed for her first practice loan, and since that time Heavenly has owned seven different dental practices, including the four she still owns today.

As a matter of fact, Heavenly’s real business isn’t being a dentist, but being in the business of dentistry. She buys troubled dental practices, rebuilds them, and then “flips” them for a profit. “What I’ve learned through practice transition and running different companies,” Heavenly told Black Enterprise, “is that I can build them up to a maximum capacity, which takes about seven years if you start them from scratch, and then sell them at top dollar.”

Heavenly’s experiences flipping dental practices has made her quite the knowledgeable businesswoman with a real estate license, an insurance license and a Series 65 certification. Heavenly shared some of her wisdom and savvy in her book, Heavenly’s Business Prescriptions: You CAN Have It All! She also started Dr. Heavenly University to help aspiring entrepreneurs (especially aspiring female entrepreneurs) gain perspective and achieve their business goals. Here’s a promo clip for the upcoming Dr. Heavenly University conference in May titled “Year to Step into Success:”

In addition to Dr. Heavenly University, she also hosts a BlogTalkRadio show on which she talks about her “business prescriptions” and discusses overcoming the obstacles to success with guests from a wide range of industries.

And did I mention Heavenly is a mother of three and soon-to-be reality star? How can one woman do all that?!? Surely she must have a twin, right? I guess I should enroll in Dr. Heavenly University and find out. 😉