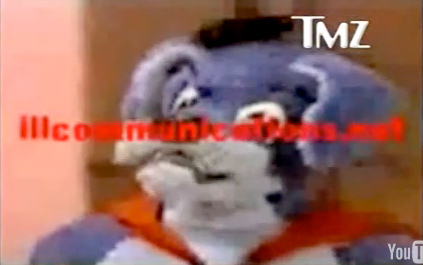 This is a really rough video of American Idol judge Simon Cowell talking and “singing” in a Wonderdog costume on the UK television show Top of the Pops back in 1982.

Nigel Lythgoe hinted to TMZ that there was a mystery “tape” out there with Simon Cowell singing and challenged the web site to find it. Note to self: “Don’t challenge TMZ to find anything I don’t want found.” Another note to self: “Don’t go on TV in a Wonder Dog costume and bark a song.”