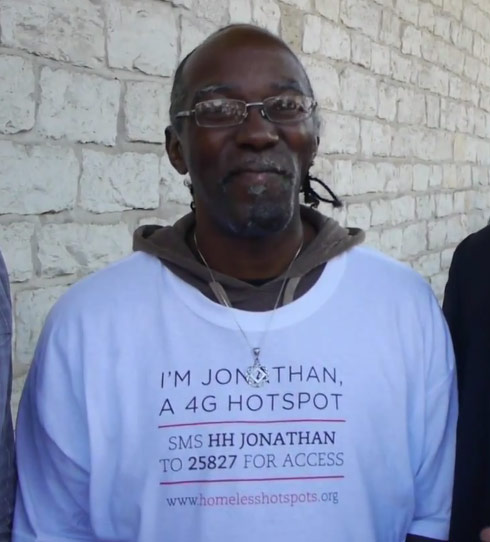 A test program launched at Austin’s SXSW festival is stirring up some Texas sized controversy.

Homeless Hotspots takes members of Austin’s homeless population and equips them with 4G MiFi devices. Wearing t-shirts that read “I’m (Name). I’m a 4G Hotspot,” they try and get donations from users for a wireless connection. The website for Homeless Hotspots suggests $2 for every 15 minutes, but BBH Labs’ creator Saneel Radia states users can pay as much as they want.

According to the site:

“All proceeds paid for access go directly to the person selling you access. This is a form of income for them.”

There’s been a lot of critical heat generated about this via social media sites, especially Twitter. The experiment has been labeled insensitive and insulting. Radia has responded to the controversy, saying BBH is receiving “no commercial benefit” from the program.

“Obviously, there’s an insane amount of chatter about this, which although certainly villianizes us, in many ways is very good for the homeless people we’re trying to help. Homelessness is actually a subject being discussed at SXSW and these people are no longer invisible.”

What’s your opinion of the Homeless Hotspot concept?

Dog abandoned at train station with suitcase full of his belongings