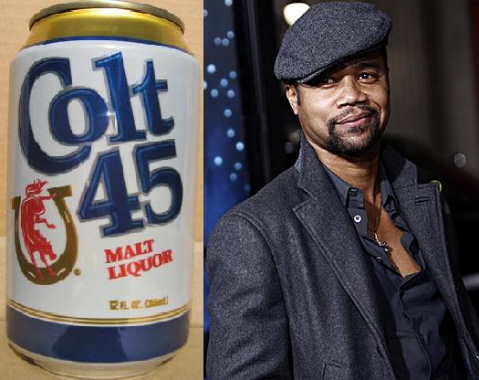 Show me the money, and then show me the restroom please!  The often over-exuberant Cuba Gooding Jr. (see Oscar speech for reference) was at it again this time thanks to America’s favorite social lubricant, Al-K-Mehol.  In a bar top hollaring salute to America the ambassador of kwan gave everyone in the place a glimpse into the depths of his patriotic soul.

Are you feeling me Jerry?!?

Let me pound a few Colts and give a go at the transcription:

Show me the money!  We’re gonna represent in the next five years because you know what the best country in the mother fu****g world.  And that’s how we do it.

Put your drinks up!

That’s what’s up.  DRINK IT UP AND MAY GOD BLESS THE USAAAAAAAAAAAAA!  Hit that beat Mike.