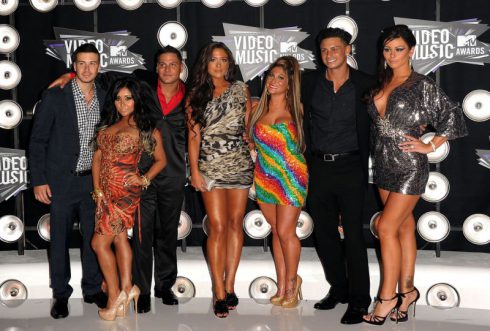 Sadly Sammi “Sweetheart” Giancola won’t be gracing our screens for the April 5, 2018 premiere of Jersey Shore Family Vacation. Why has she decided to not rejoin the rambunctious cast that earned her reality fame 9 years ago?

On Instagram, Sammi talked about how she now has much different priorities in her life than when the show first aired.

“I have chosen not to join the show this season because I am at a completely different place in my life right now focusing on my businesses and relationship,” she wrote on Instagram. “I am not the same person as I was when I was 22. At 31, I am currently extremely happy in every aspect of my life and want to avoid potentially toxic situations.”

I love you guys! Thank you all so much for your DMs, comments, messages & kind words. I read them all and am forever grateful and thankful for you guys!! ♥️☺️ #MyFansRock #ShoutOutToALLofYou stay tuned.. I’m not going anywhere ?

Snooki offered her perspective on Sammi’s decision to not film for the show on her podcast It’s Happening with Snooki & Joey, elaborating that the inevitable drama between Sammi and Ronnie when they’re filmed together was just too much for Sammi.

Everyone’s asking why Sammi’s not doing it. You have to ask her that — I’m not gonna speak for her. But Sammi is just in such a happy place that I feel like she doesn’t want to jump back into that drama if it does happen. And being that there was a lot of Ron and Sam drama when we did film, it was just really hard on both of them. So I just think she doesn’t want that anymore.

Sometimes the drama’s worth it for reality stars to cash in on a payday, but it’s smart to weigh in on all the personal costs to a person’s life, sanity, other relationships, and emotional well-being.

Last August Sammi’s ex and fellow Jersey Shore star Ronnie Ortiz-Magro revealed that he cheated on her because she “never fulfilled him inside.” Ouch! ?

At a recent event Ronnie opened up about how he felt about Sammi not coming back. He felt like the decision had a lot to do with her current boyfriend. “We started this all together and I would have loved to have finished it together because now everyone thinks it’s because of me she didn’t come back, but it’s because she has a boyfriend,” he told Us, emphasizing that it was “their decision.” 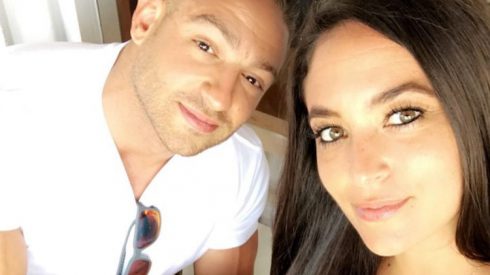 So, who is Sammi’s new boyfriend?

Sammi tries not to reveal too much about her new love Christian Biscardi. She’s expressed before that she’s learning to keep her private life private, but she has shared a few pics of the pair together on Instagram. What we do know about Biscardi is that he’s a fellow New Jersey native and he’s ripped af.

I’m my best when I’m with you.. ♥️?♥️ Thanks @thestrengthspot for helping us get ready for summer! Click link in bio to see my fav. Summer Shred Box! #TheStrengthSpot #CoupleGoals #FitCouple #Love #LoveWins #HappiestGirlInTheWorld

Ronnie has also moved on with girlfriend Jen Harley, who’s pregnant with his baby.