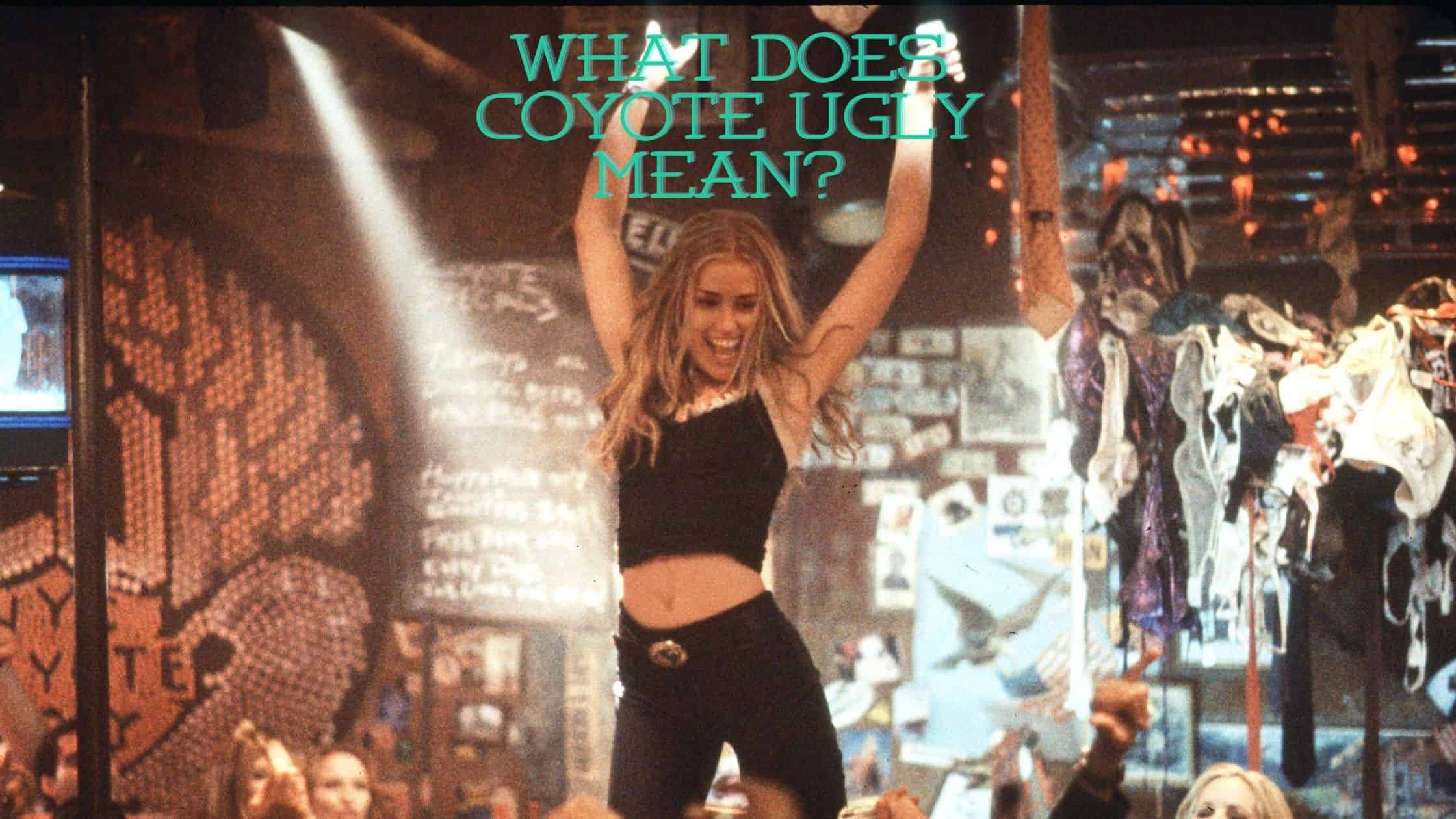 Coyote Ugly was released almost 21 years ago and is still a beloved classic about singer-songwriter Violet who finds her voice and gains confidence while working at an iconic performance bar. It turns out that this inspirational story is based (at least a little bit) on real life.

Is there a real Coyote Ugly?

Ugly Inc now has 28 locations around the world, but it started out in 1993 as one small New York bar in the East Village. It was the dream plan of 25-year-old Lil Lovell, who saw more potential in bartending than her Wall Street internship.

The OG bar closed down for a while during COVID and had to move to a new location because of rent issues. It’s currently back to serving up its unique atmosphere in a space that offers better bathrooms.

You can read more about Lil Lovel’s story in her own words at coyoteuglysaloon.com.

What does the phrase “Coyote Ugly” mean?

According to Lowell, Coyote Ugly refers to waking up to a regrettable one-night stand after a night of hard-drinking.

In the movie, a character describes this as waking up with a partner you find so unattractive that “you’d rather chew off your arm than risk waking them.” This is a reference to the fact that a coyote will chew its own leg off in order to get out of a trap.

How did Coyote Ugly become a movie?

This fascinating bar experience became the subject of a 1997 GQ article called “The Muse of the Coyote Ugly Saloon.” Hollywood producer Jerry Bruckheimer aw the article and then bought the rights to the story of Coyote Ugly from Lowell.

At the time the movie was made, Coyote Ugly already had several locations in the U.S. The L.A. set was built based on inspiration from multiple of these locations, so you won’t be able to walk into any Coyote Ugly location and see the exact same bar that’s in the movie.

Does dancing on the bar really happen at Coyote Ugly?

Yes! While the theatrics of the movies is a little exaggerated, if you visit a Coyote Ugly location you’re bound to see ladies dancing on the bar, singing, and putting on a show.

Here’s some footage of line-dancing to “The Devil went down to Georgia” at the San Antonio, TX location.

This YouTube video shows more footage from inside the bar, and also a bit of a story about what it’s like to work there. Apparently they weigh applicants and expect the girls to be a certain BMI before working there.

Why dancing on the bars?

When Lovell returned to bartending, she found herself on top of the bar after having a few drinks. This performance she gave led to lots of tips and business for the bar. This was the prototype for the model that became the Coyote Ugly brand.