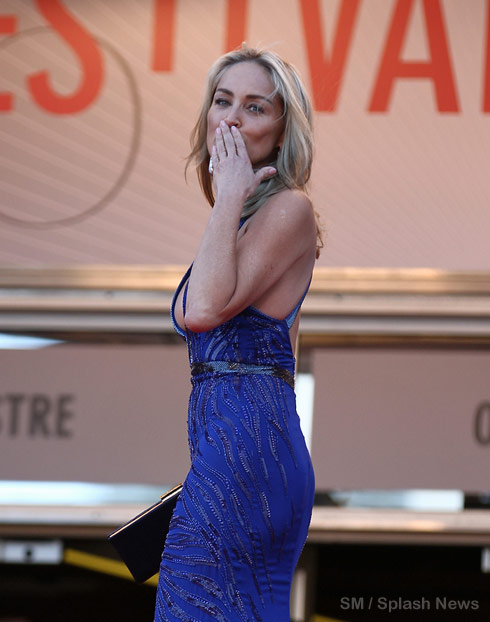 The 56-year-old mother of 3 adopted sons recently donned the cover of Shape magazine looking fantastic while wearing a revealing mesh top and bikini. Although her form still brings out many onlooker’s “basic instincts,” she joked about her upcoming vacay and the inevitable rear view photos to come:

“I haven’t worked out in a couple of months because I just didn’t feel like it. But now I’m going on vacation and I know what they’re going to do—[the tabloids] are going to put a circle around my a*s and do one of those crazy magnified pictures saying, ‘What happened to her a*s? It’s a bag of cheese.’ I would just like to say it’s a fine triple crème brie! Right when they zoom in I should have a tattoo on my a*s that says, ‘You wish you could get a bite of this.'”

Your wish about that wish quote is our command Sharon (in a generic internet meme way of course)! 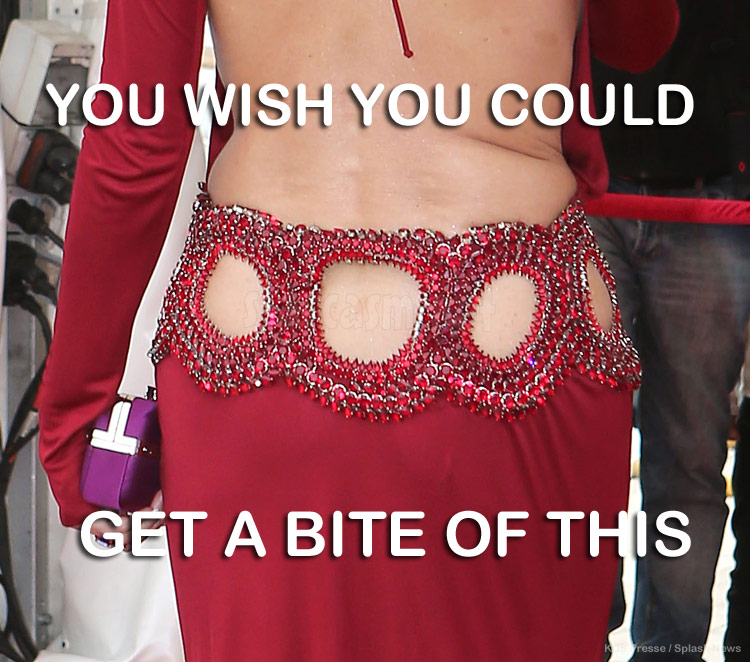 The busy actress added that when she does take the time to work out she hits the local gym like “a savage.” She credited Jane Fonda as her stay in shape inspiration – recalling a quote Fonda made many years ago, “If you’re disciplined, you are free.”

Stone is currently auctioning off some of her wardrobe via Sharity with the proceeds to benefit Yala, a Middle East and North Africa peace initiative for young people.

Sharon Stone Breaks Up With Boyfriend Chase Dreyfous. Part Of A Diabolical Plan?