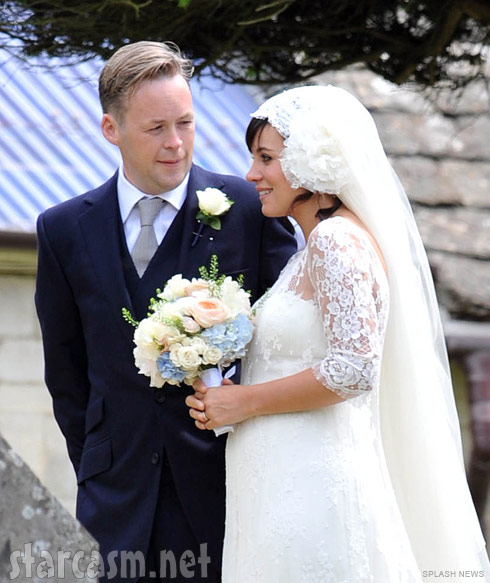 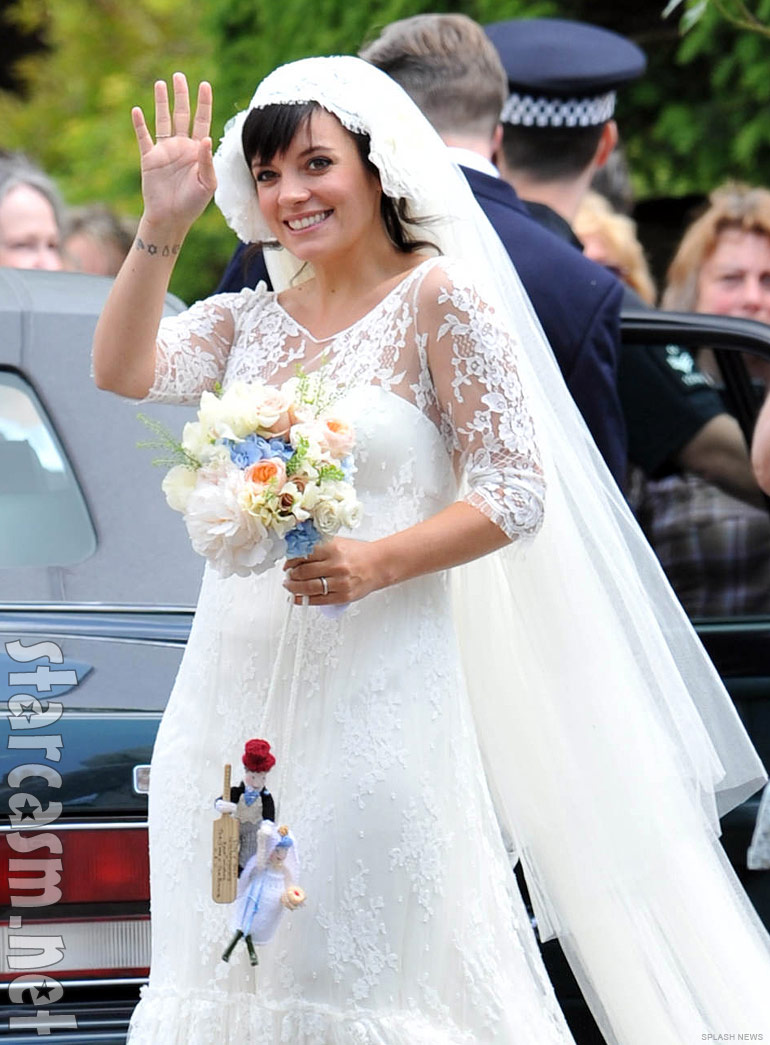 The ceremony temporarily shut down the village of Cranham in the English countryside as just less than 100 guests arrived, including Lily’s younger brother Alfie (the inspiration for Lily Allen’s song “Alfie”) her half-sister Sarah Owen, and her father Keith Allen, who gave her away. But, it was Lily Allen’s day and she absolutely stole the show!

UPDATE – Something else stole the show BIG TIME at the reception! Click here to find out what! 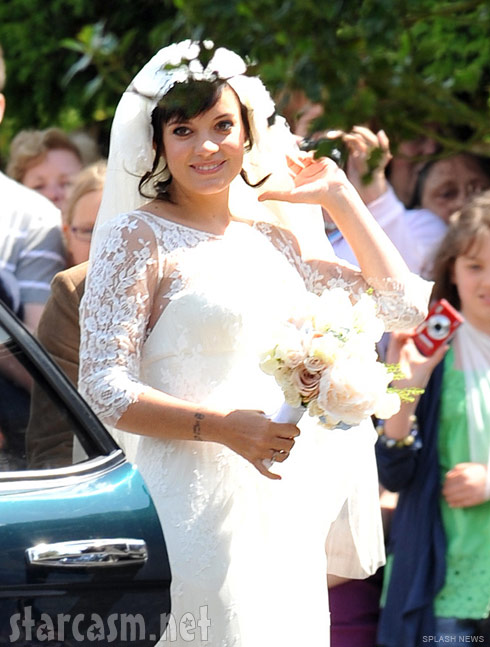 The wedding seemed to be a bit cursed after an invitee leaked a save the date card to the media back in March, but lady luck shone down on the happy couple today – or should I say the sun shone down on the happy couple today just long enough for Lily and Sam to get in a Bentley and make their way home to their recently purchased 17th century estate. Soon after the clouds gathered and the rains began to fall. 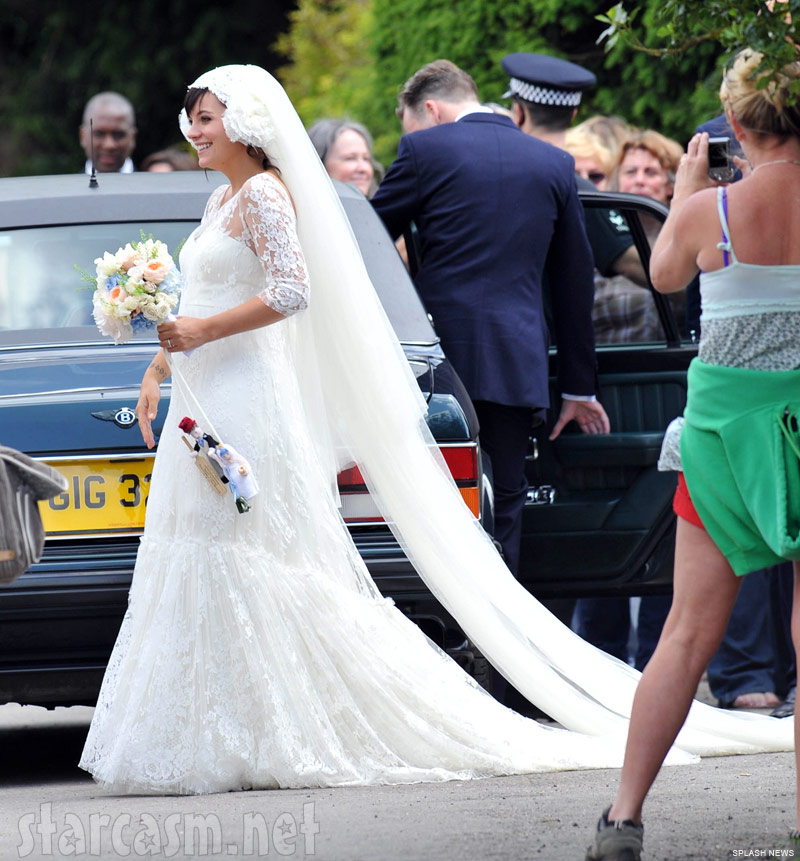 Congratulations to Lily and Sam! The flawless ceremony was much deserved for Lily, who has had a really rough go if it after suffering two failed pregnancies in the last three years including losing a child with Sam due to a viral infection six months in.

Here are a couple more images to wrap things up: 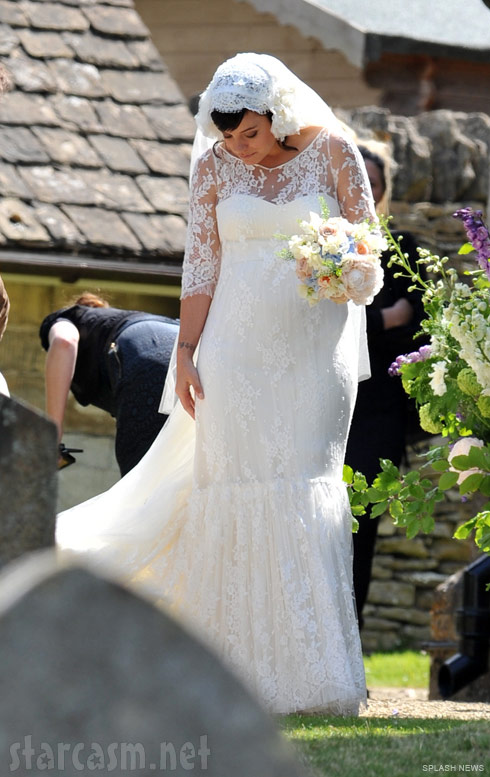 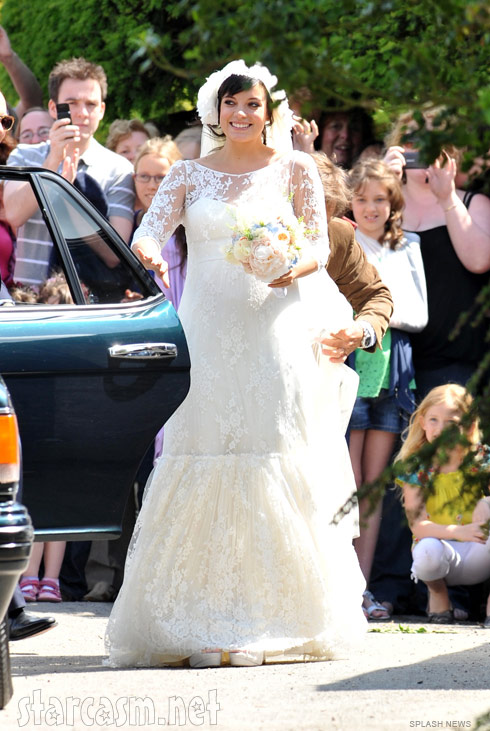