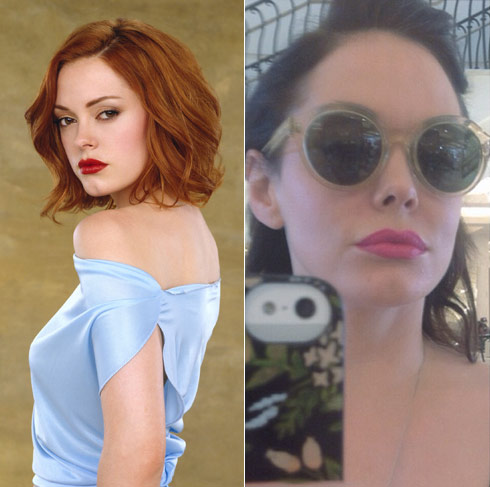 Former Charmed star Rose McGowan looked to be living the charmed life when she stepped out of Arclight in Hollywood Sunday night and was asked by the paparazzi if she intended on being involved in the possible upcoming reboot of the hit WB show.

Not only was Rose dismissive of the idea saying, “long-term television freaks me out,” she added that she’s never even watched an episode of the original.

When asked is she was interested in watching the new version, CBS ordered a pilot script, the 40-year-old who played Paige Matthews in the original told TMZ:

“Well, I didn’t watch the first time so I won’t watch the second time… Not in a bad way. I just figured if you did it…”

McGowan and co-star Alyssa Milano had already tweeted about a lack of interest in the possibility:

The thing about them doing a #charmed reboot is… it just… it feels like yesterday. It feels too close.

They really are running out of ideas in Hollywood.

Alyssa and fellow co-star Shannen Doherty later tweeted that they would be interested in a possible movie featuring the original cast.

What say you, fans of the Charmed Ones? Would you be interested in a reboot of the show or a movie featuring the original cast?

PHOTOS Snooki and JWoww on Project Runway: All Stars as guest judges