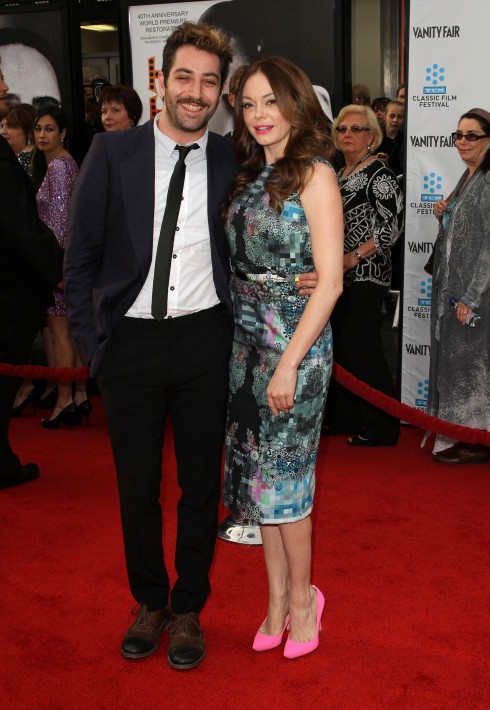 Rose McGowan will soon be a married woman. The former Charmed actress and her artist boyfriend Davey Detail are officially engaged after just over one year of dating.

Rose’s rep first confirmed the news to E! News on Monday, saying that the pair is “happily engaged.”

Rose and Davey, a member of the artist collective Cyrcle, have been very open with their relationship since its start last summer. Nearly as soon as they were an item, they began making appearances together on the red carpet, posing and kissing each other for the photographers. 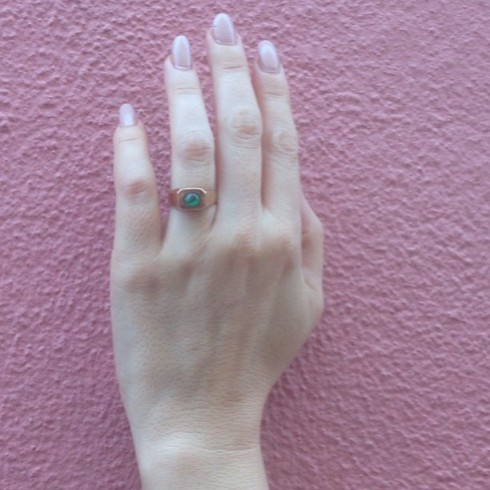 Rose posted the above photo of a new ring on her engagement finger on July 15, prompting speculation that she could have been engaged but at the time, no details — or even a caption — was given.

This engagement will be the third for Rose.

Rose was previously engaged to Marilyn Manson with whom she had a highly publicized three-year relationship that ended with them splitting in 2001 over what was referred to as “lifestyle differences.” Years later, she went public with her romance with director Robert Rodriguez and in October of 2007 it was announced that they were engaged. The pair planned a 2009 wedding but didn’t quite make it to the altar, calling in quits that October.

Rose is currently filming Rise Of The Lonestar Ranger which will be released later this year.

Boston bombing victim engaged to nurse he met during recovery

Miley Cyrus’ engagement ring is back on