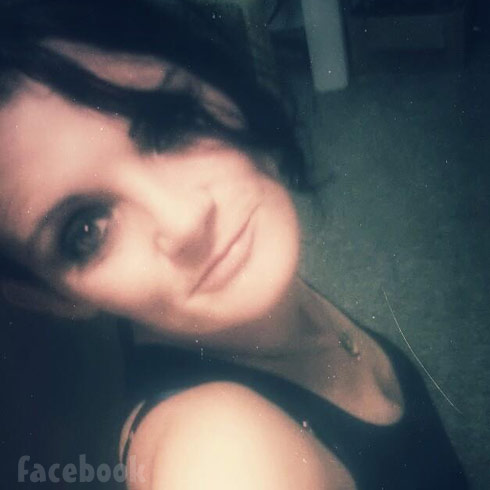 Return To Amish star Chapel Peace has had a very difficult year. In addition to dealing with (or at least claiming to deal with — more on that below) the return of her cancer in the fall, the arrest of her husband Andrew Schmucker, and a very serious car crash involving her sister Ashley, Chapel herself was arrested for heroin and Valium possession last month.

After spending more than two weeks behind bars, Chapel finally got out yesterday, and as part of her release agreement, she will be heading to rehab in the next few weeks to deal with her addiction issues. Here is the statement posted by Chapel on Facebook late last night:

I would like to apologize to my family for any embarrassment or shame or hurt I have caused while fighting my addiction .. I’m going into rehab within the next few weeks as a bail stipulation.. I love you all and I’m so sorry…. As for the fans of the TV show Return to Amish I also want to apologize and assure you I’m am receiving treatment for this terrible addiction and am praying that I can show all of you one day that inside this craziness there truly is a woman with a heart of gold who is a good person… thank you all for your continued prayers and support… god bless…

In addition to the posting, Chapel also reportedly reached out to a Breaking Amish Facebook fan group to let them know she planned on paying back those who donated to her GoFundMe account, which was supposed to help pay for her alternative cancer treatment in Mexico. From the admin of the Facebook group: “If anyone did donate to the GoFundMe account she ran a while back please message me directly, Chapel is putting a list of people together so that she can begin to pay people back once she is back working.”

(Chapel had been accused of faking the return of her cancer. Whether or not the remission was made up, she clearly misappropriated the funds raised through the GoFundMe page.)

Chapel’s former Return To Amish cast mate Sabrina is currently in recovery from dealing with similar addiction issues, and she posted this message in support on Chapel on Facebook late last month:

Like my momma always says; “If you don’t got nothing nice to say, don’t say anything at all.”
It is sad that today’s society is so quick to say such horrid, negative things about people that they don’t even know in real life ?

Everyone struggles. Everyone has their own battle. We must all come together and help one another fight our battles, that is the only way love can win. Nobody is perfect. Every time I am tempted to judge someone, God has a way of showing me my own shortcomings. If you open your heart to truth, you won’t have time to focus on other people’s discrepancies 🙂

As we’ve stated before, we wish Chapel the best and we are glad to hear that she is finally getting some REAL help with her REAL problem, which is her drug addiction. We hope she has hit rock bottom and has begun her long journey to sobriety, which will enable her to once again be a loving mother to her two children.