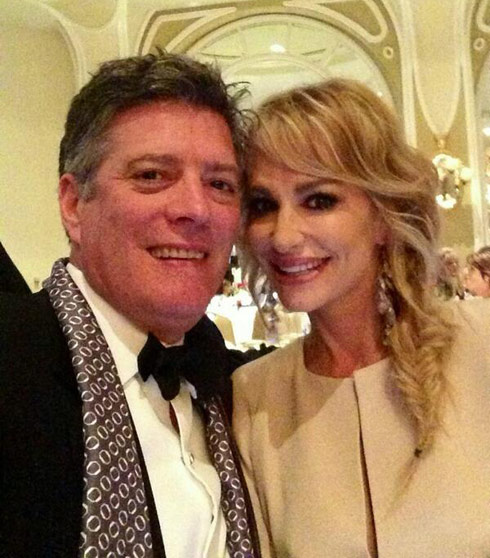 Looks like the couples therapy former Real Housewives of Beverly Hills cast member Taylor Armstrong received has paid off as it’s being reported that she is set to wed this weekend.

Radar has a source close to the star who revealed, “Taylor and John will be getting married this weekend. Taylor has invited several of her former Beverly Hills housewives co-stars and the couple has hired celebrity wedding planner David Tutera​ to assist with the big day.”

Taylor’s Twitter feed leaves no doubt that her big day with attorney fiancé John Bluher is looming – the only real question is if it will be as soon as this weekend as the report indicates.

Wedding is on! @davidtutera has his hands full this time. #love #marriage #celebration

Taylor and John got engaged last year. During their appearance on the most recent season of Couples Therapy John surprised Taylor with paperwork in which he indicated that he would be adopting her daughter Kennedy.

In the emotional scene Taylor added, “There could be no better father for Kennedy. You make me feel safe and protected, but you don’t make me feel afraid — I cannot wait to be your wife.”

After marrying, the couple intend on settling down in Colorado – where Kennedy is already enrolled for school.