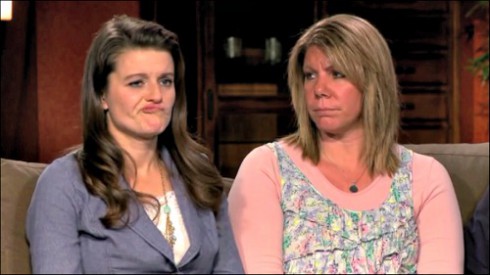 Anyone who’s watched Sister Wives knows there are some complicated dynamics in the plural relationship. That is especially true for Robyn and Meri Brown, who did a legal marriage change-up last year so husband Kody Brown could better protect Robyn’s kids from her first marriage. Despite that, Robyn and Meri get along on screen, for the most part. However, according to a new story, Robyn bashed Meri in a series of Facebook messages to a friend — and that’s just the beginning of the animosity between them.

Life & Style (via Radar Online) obtained a series of Facebook messages, allegedly sent from Robyn to a friend, in which Kody’s fourth wife said Meri makes them “all look like idiots.” Robyn, who is currently expecting her own child with Kody, reportedly also said Meri never seriously considered Robyn’s offer to serve as a surrogate because “Meri is too big of a b**ch to want to have [another] child” — and Kody didn’t want another baby with Meri anyway.

An insider said Meri isn’t a fan of Robyn either. “Robyn’s camaraderie with Meri has always just been for the show. They’ve never really gotten along,” the source said. The source suggested that was largely because Kody favors Robyn over his other three wives. “Robyn is the queen,” the source said. “Kody spends all of his time with her. If it’s another wife’s house date, he’ll go over at midnight and be back with Robyn by 6 a.m.”

Robyn and Meri’s already poor relationship reportedly got even worse when Meri agreed to get a legal divorce from Kody so he could marry Robyn. After that series of events, Meri began an emotional affair with a man online — who turned out to be a vengeful female catfish named Jackie Overton (pictured below). The source said Robyn knew Meri was being fooled from the beginning, but opted to let it play out. 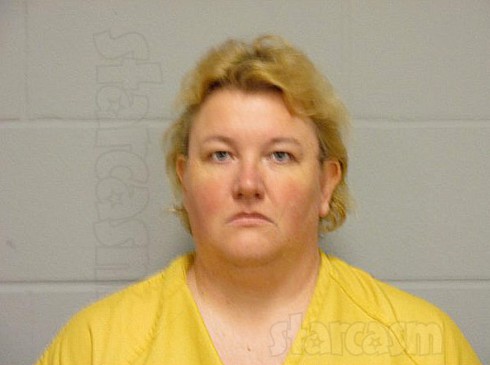 Revelations about Meri’s relationship with the catfish have led to a lot of public embarrassment for Meri. Making matters worse, the insider said Kody and the other sister wives have “turned their backs on her.” That reportedly delights Robyn. The source continued, “When Meri agreed to divorce Kody, Robyn knew in the back of her head this could very well be the end of Meri.”

Despite the report, the family seemed to stand behind Meri in a new interview with People about Kody’s adoption of Robyn’s three oldest kids. “Usually when a plural family goes into a court room they are tearing apart a family so we were really nervous going in,” Robyn said, expressing her gratitude for Meri, who made that possible. “But here we were the whole family and we were uniting our family. It was really cool for us. Very much a validation of our family.” Kody’s third wife, Christine Brown, added that Meri’s offer to divorce Kody so he could legally wed Robyn “was really sweet and generous.”