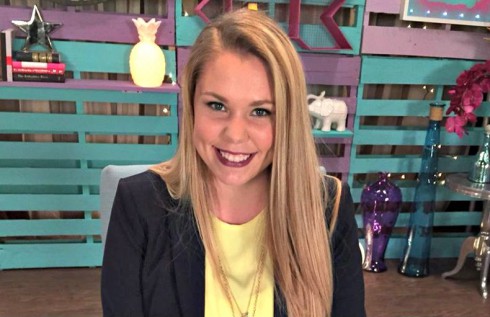 The first two episodes of this season of Teen Mom 2 have proven pretty heartbreaking for fans of Kailyn Lowry and Javi Marroquin. Fortunately, Kailyn says everything is going much better now — and not just in her marriage. See what she revealed about her real-time life in a fan Q&A yesterday…

Question: What led to the concert fight?

Kailyn: Javi and I were having issues already and then on top of that not spending time together because we would just fight. So he was just using anything just to fight. He never actually thought I was cheated I don’t think. It was a million things I think. Thankfully we’ve moved on since then and we don’t have trust issues.

How do you focus on making your choices about you and not what everyone else thinks you should do?

Honestly, this is my biggest struggle right now. I want to reply to everyone who has their opinion on my marriage and me in general and sometimes I do but I have to remember that I’m never going to be able to change their minds. Esp when they only see 10-15 mins of my life a week. Sometimes I just stay of social media. At the end of the day the only people who I have to prove myself to are my family.

Do you have any regrets about the fighting you had with Javi or do you think it made you stronger?

I’m not sure if I would consider them regrets, but Javi and I watched the first episode together and just couldn’t believe how petty we were being! We really blew something up out of nothing. But it’s all a learning process! We definitely don’t have those same issues now, lol!!

Do you think the media portrays you guys or your arguments differently than it actually occurs?

I don’t think they portray us differently necessarily… But it is hard to show all aspects of an argument or situation ALL the time in such a short amount of time. So I think a lot of times people create their own reasoning or ideas lol.

How hard was it being a teen mom in high school?

I was ashamed and felt embarrassed. I was at a new high school so people already wondered about me, lol. And then I started to not fit into desks… People didn’t pick on me but I definitely felt like everyone probably thought I wouldn’t ever be anything or do anything more with my life.

Do you feel different from other teens because of Teen Mom?

Sometimes it is harder for me to relate to the kids I go to school with, which is hard because we are around the same age.

Does Isaac understand the fact that he’s on TV?

Yeah, he does. I don’t think he understands all of the attention that comes with being on TV and that people recognize him though.

Do you want to have more children?

I go back and forth with the idea of more children, as of right now I would love to have one more but we will see if/when timing is right.

What was the biggest transition from having one child to two?

I think when I was trying to get Lincoln into a routine and Isaac stopped taking naps. I was exhausting from nursing – and just having a newborn in general. I wanted to nap with Lincoln but couldn’t because I still needed to take care of Isaac!

Do you have hopes of ever having a daughter?!

Not really! I didn’t find out the genders during either of my pregnancies and I think if I were to have another baby I would be perfectly happy with a third boy.

For me, I just want to keep getting along and being civil. I don’t have any problems with Jo or Vee and I’m obviously here for Isaac if he wanted to talk about his sister. But I don’t think I have any connection to Jo and Vee with their child. And I don’t mean that in a bitter or malicious way.

Do you talk to either of your parents?

No, I don’t. I love my mother from a distance.

Where do you see yourself in 5 years?

I hope to be done with my bachelor degree and possibly working on a masters… Being the best mom and wife I can be.

To see how Kailyn and Javi get back to a happier place, continue watching this season of Teen Mom 2. It airs on MTV on Thursdays at 10/9c.