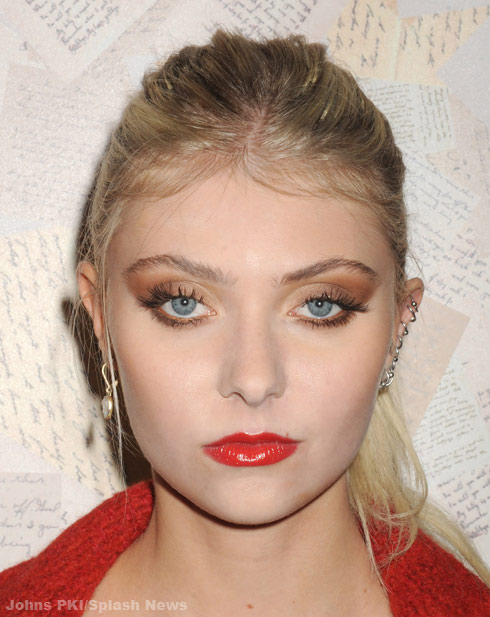 Former Gossip Girl star turned rocker Taylor Momsen has been making the scene during Fashion Week and she’s been getting lots of eyeballs peering her way due to her black eyeliner-free visage.

The Pretty Reckless singer sported a polished look during her appearance at the Alice and Olivia by Stacey Bendet Spring 2014 Presentation held at Highline Stages in the Meat Packing District of New York City. Taylor wore a black minidress with her hair in a high ponytail and most notably ditched the goth look we’ve become accustomed to seeing.

Momsen didn’t seem to mind the attention that her more classic look was receiving as she retweeted various mentions.

Here’s Taylor from an April video shoot and then Monday’s appearance: 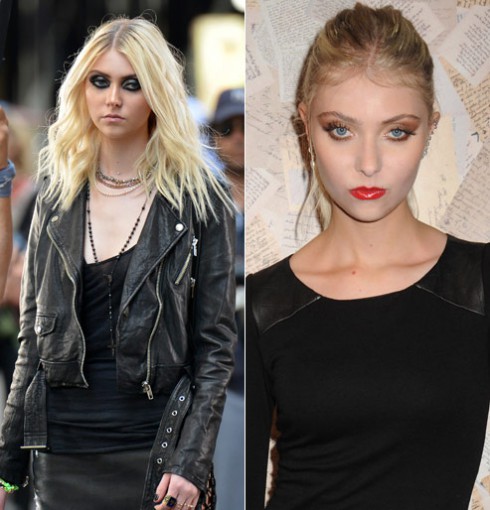 Taylor and her band will be hitting the road with their Going To Hell tour starting on Sept. 20 in Huntington, New York.