Mad Men star January Jones dressed her 1950s Barbie doll self in an oddball outfit for the 2009 Primetime Emmy Awards. It sort of looks like a Fendi Whataburger purse converted into a dress, with silver brads, geometric leatherwork, wings and even a triangular tramp stamp window that lets us know January is waaaay too classy for one of those.

On most women this look would probably fall on the side of ridiculous, but January Jones (I love typing that name) is just too perfectly pretty and manages to make it work. (A lesson to women out there everywhere – if you’re shopping from a catalog or online and January Jones is modeling an outfit that looks pretty good, don’t buy it! She could make a trash bag look chic!)

Welcome to our coverage of the 61st Annual Primetime Emmy Awards red carpet! We will be posting up pictures of all you favorite actors and actresses as soon as they are available to us. Already available for your viewing pleasure are Heidi Klum and husband Seal, Kim and Kourtney Kardashian, Sarah McLachlan, Kristin Chenoweth, Christina Applegate, Blake Lively, Eva LaRue, Christina Hendricks and Olivia Wilde – just click the name to see the pictures!

Here are the pictures of January Jones from the red carpet at the 2009 Emmy Awards.

Be sure to check out page two to see the rest of the photos (7 total). 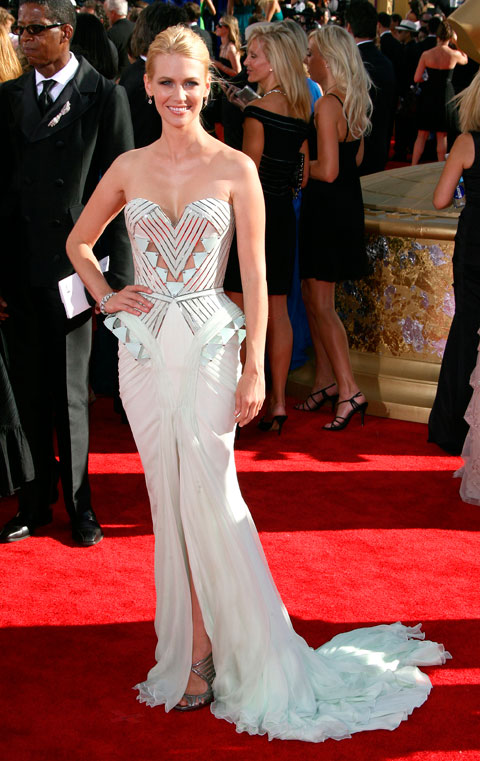 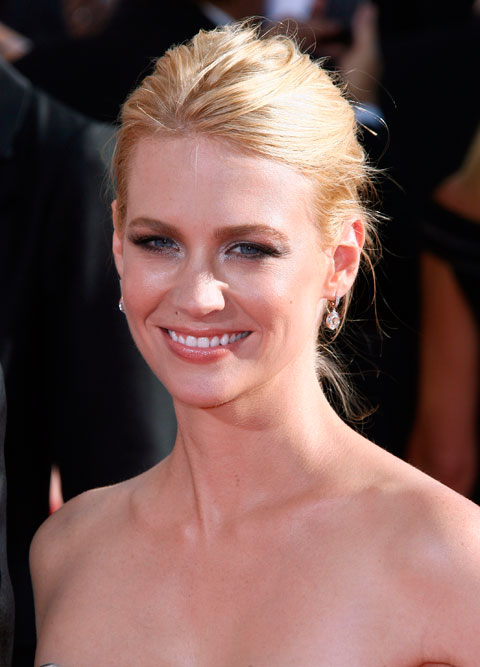 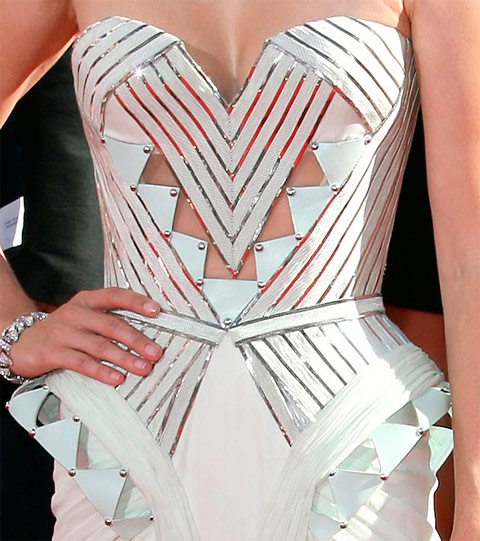 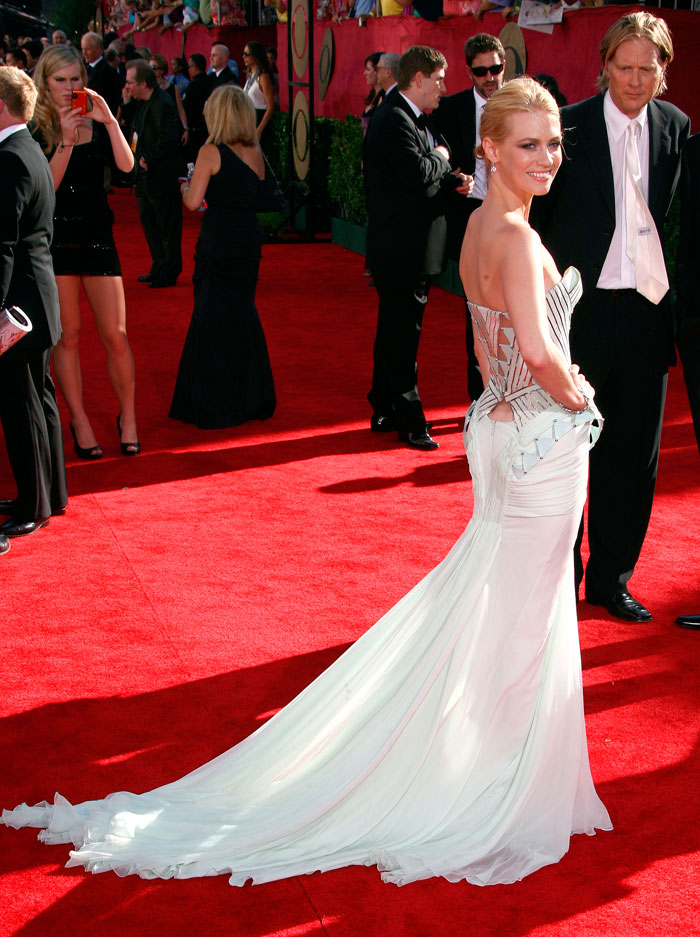