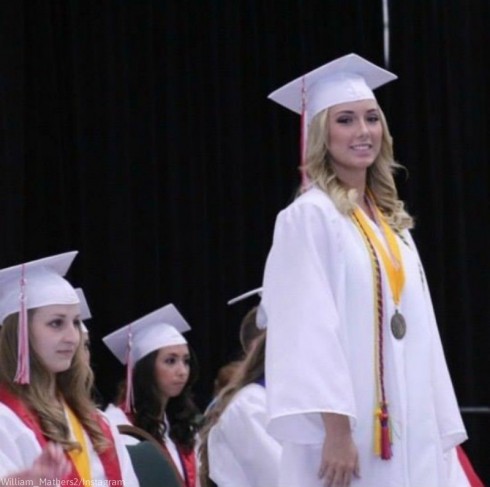 The little girl immortalized in 2002’s “Hailie’s Song” is all grown up! Eminem’s daughter, Hailie Scott, graduated from Chippewa Valley High School in Michigan on June 8 — with a 3.9+ GPA.

According to a press release from the Clinton Township school, Hailie participated in National Honor Society, Art Club, Key Club, volleyball and student council. She was also voted Homecoming Queen by her peers last fall.

The 18-year-old credited dad Marshall Mathers and mom Kim Mathers with being the most influential people in her life: “They have pushed me to be the person I am and have given me all the support to achieve what I have.”