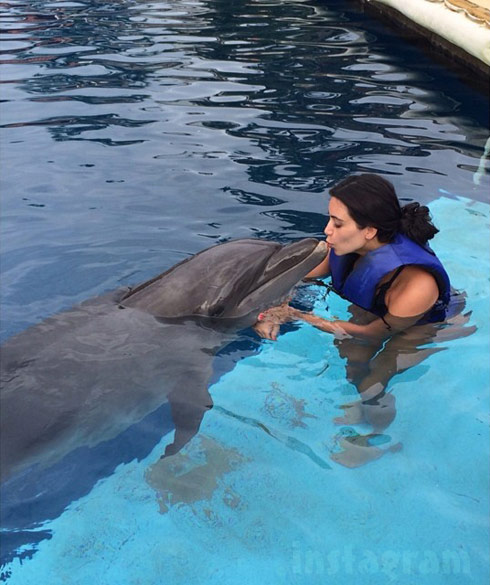 Keeping up with the Kardashians only seems to get harder and harder! Just one week after it was announced Kim Kardashian was getting her own video game, and just three days after her and Kanye’s daughter North West had a Kidchella music festival birthday complete with a Ferris wheel and karaoke stage, Kim was back at the enviable endeavors once again — this time cooling off from the summer heat by swimming with a couple of dolphins.

(How soon before that line works its way into a rap song? “I got 24-karat clubs for when I go golfin’, got hoes in my swimmin’ pool swimmin’ with the dolphins…”)

Kim Kardolphin posted the photo above kissing a dolphin on instagram earlier today just before posting this next video of her holding on to two dolphins and being taken around the pool:

The only thing I have to say about that is one word: badolphindonk.

Here’s a fintastic action photo from the clip: 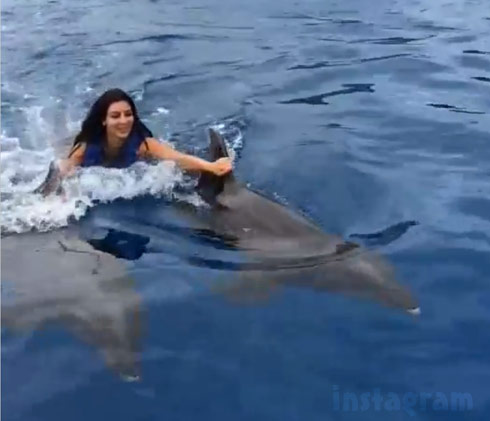 This isn’t the first time Kim Kardashian has gotten close to dolphinkind — she made headlines back in January, 2013 after posting photos from her family’s trip to an aquarium in Miami, including this one of her shaking a flipper: 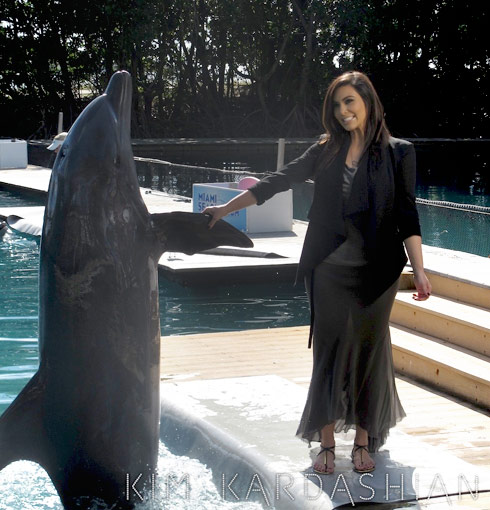 But, let’s not forget that Kim isn’t the only one in her family who likes to get intimate with aquatic life! Oh yeah, you know I’m talkin’ ’bout… “Gay Fish!” 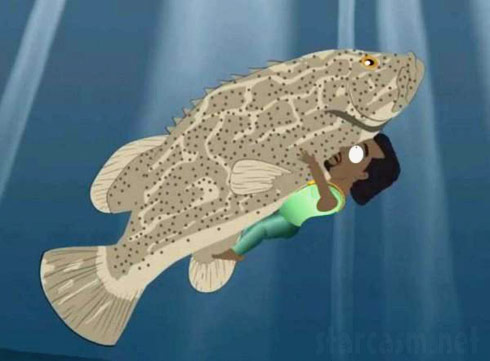 I’ll wrap things up with my illustration of Kim Kardashian as a mermaid from ***GASP*** five years ago, because why not? 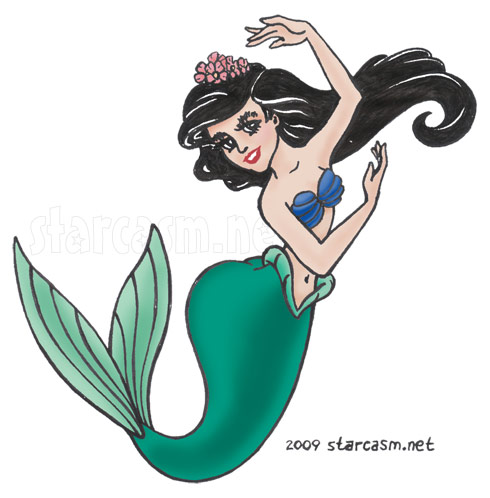