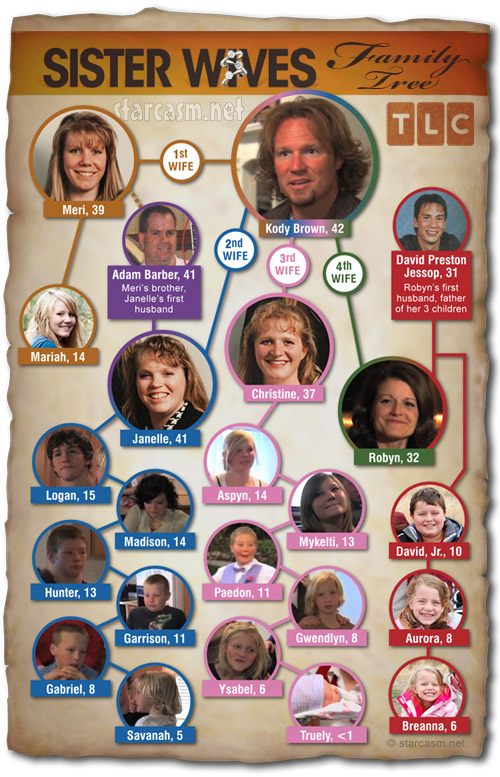 It was already difficult keeping up with the 21 family members on TLC’s hit reality series Sister Wives which features Utah polygamist Kody Brown and his four wives, but throw in the fact that some of the children are from a previous marriage and that one of the sister wives was married to a brother of another sister wife, and what you’re left with is a big ol’ polygamuddy mess!

So we combined some professional-grade ancestegery with a bit of graphic design and came up with a “family tree” that should help simplify matters. (We recommend that regular viewers of the show print it out, laminate it and use it whenever watching Sister Wives.)

***This post was created in October of 2010 so all the ages were as of that date.