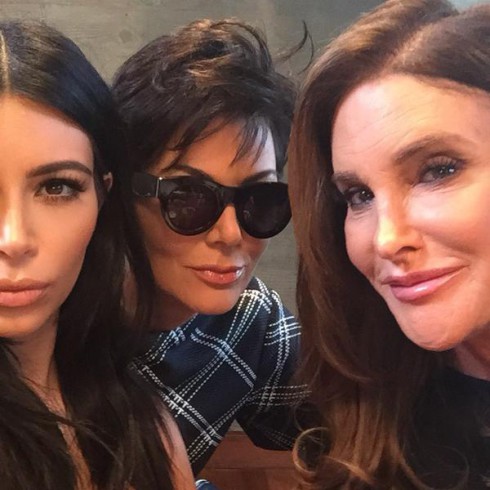 Kim Kardashian joked about The Parent Trap while sharing the first ever photo of mom Kris Jenner and step-mom Caitlyn Jenner together. About a week ago, the divorced couple had their first meeting since Caitlyn’s transition (which was no doubt filmed for Caitlyn’s reality show), and they were together last night with the rest of the family to celebrate daughter Kylie Jenner’s 18th birthday at Nobu in Malibu, California. (Kylie’s actual birthday is August 10.)

While the entire Kardashian-Jenner clan has been supportive of Caitlyn during her transition, she ruffled some feathers by slamming Kris in her big Vanity Fair debut cover story. Kim can be seen on a upcoming episode of I Am Cait confronting Caitlyn about the article.

From the look of it, Kris and Caitlyn may have talked things over, and patched up some of the misunderstandings and hurt feelings that came from the dissolution of their marriage.

Barbara Walters calls the Kardashians like she sees them