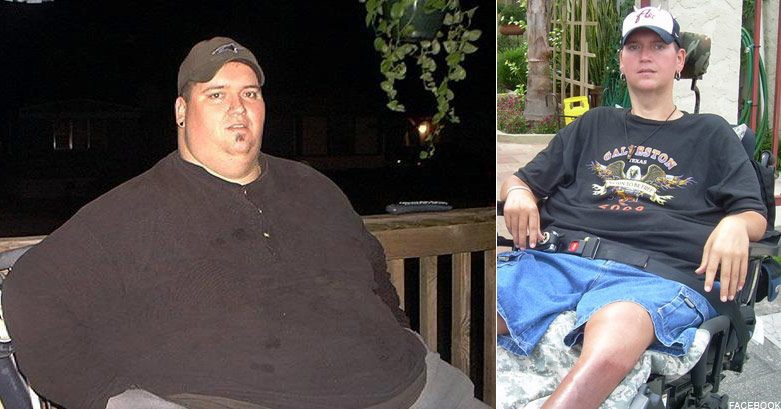 Tomorrow night, TLC’s My 600-lb Life will introduce us all to the amazing story of Donald Shelton from Pasadena, Texas. The network has followed four different people for 7-years through their decision to have gastric bypass surgery and the trials and tribulations that follow.

Here’s a dramatic preview clip of David’s upcoming episode. An emotional Shelton reveals that he has difficulty walking because of his weight and that he would have been lost without the support of his parents:

Later in the clip a doctor reveals that at one point following the surgery David lost 380 lbs. In the above before photo, David indicated that at that time he weighed 678-lbs. The clip leaves us with an ominous feeling as we can hear the voice of a woman emotionally wondering if the only thing keeping him alive was a respirator.

The premiere episode focused on Melissa Morris and it was a fantastic and detailed look at all the danger, emotions and personal ramifications that can come from someone at that weight having the procedure. As was pointed out in our previous post, the heavier a person is the more dangerous a gastric bypass procedure can be.

Donald posted the following motivational photo to his Facebook page labeled, “Standing for the first time in three years.” 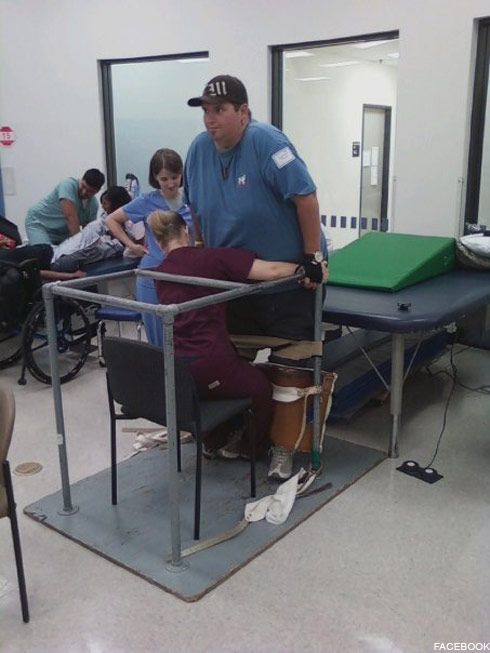 Obviously it was brave for Donald to have the procedure but it’s my opinion that he’s also courageous in sharing his story with TLC so that others might find strength in and a greater appreciation for his struggle. Donald’s episode premieres tomorrow at 10PM/EST.

UPDATE: On the episode, Donald’s surgery was successful and he lost over 300 pounds. He was doing very until he had a huge set-back. He fell, and checked into the hospital because he was having trouble walking. Everyone thought he had the flue. While in the hospital, Donald started talking incoherently, and eventually slipped into a coma. While he was in a coma, his friend told his family that Donald was using meth, and that his girlfriend was a heavy user.

Later, doctors found that Donald had developed a rare auto-immune disorder Guillain-Barre, which attacks the nervous system and can lead to paralysis or death. The disease had nothing to do with his meth use. His disease can take years to recover from, and though he did come out of the coma, and made strides, his recovery was slow. Eventually his insurance company wanted to move him to a nursing home, which the doctor predicted might kill him. In order to save Donald’s life, his family took down walls in his mother’s house, and remodeled so they could care for Donald at home.

While recovering at home, Donald continued to lose weight, and was able to slowly become more mobile with the help of a special chair. His mother, however, started feeding him junk food again, which she thought wouldn’t hurt him because he was “so skinny.” Despite these struggles, Donald was able to meet a new girlfriend, Barbie Stephens, off of a dating website. They really hit it off, and Barbie moved in with Donald and his family.

By year six, Donald gained 105 pounds in one year. He had gotten down to about 200 pounds, and he was back up to over 300. He received good news that he should be able to walk again, but the doctor was concerned about his weight gain, which may be influenced by other people in his house who overeat. By year seven, Donald had gained another 100 pounds. He was engaged, but Barbie left him. He just came home one day, and she was gone

Barbie: “Towards the end, it was just too much for me to bear. All of a sudden his frame of mind changed, and he started going back to his old ways.”

Donald had started drinking again, and according to Barbie, was in denial that he was gaining weight again. Donald says he gave up after Barbie left, but Barbie says he gave up before, and that’s why he left. He started pigging out on all sorts of sugary and fatty foods.

When the doctor confronted him about his 200 pound weight gain over two years, and why he was still in a wheelchair he stormed out of the hospital, and interestingly enough, Melissa Morris from the first episode was working there as a patient liaison and chased after him.

A few days later, his wheelchair broke, and Donald decided to really make a change. He committed to working out again. After he starts losing some of the weight he recently gained, he arranged to meet Barbie again, and they talked about why Barbie was so frustrated with him that she left. She told him that he was still her soul mate.