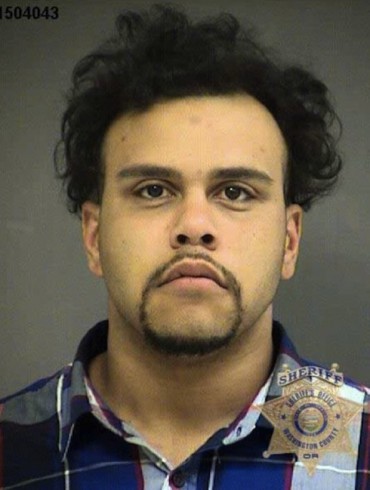 In light of yesterday’s story of a Texas Roadhouse accidentally serving a two-year-old girl sangria instead of cranberry juice, the following tale out of Oregon may or may not have you shaking your head. Authorities in the Beaver State have arrested a 22-year-old man for smoking marijuana through a glass pipe and then blowing the smoke “into the mouth of his infant child.” According to a statement released by the Beaverton Police Department, officers first arrived at the home of Christopher Robert Kling (and his estranged fiancée) in response to a domestic dispute. The exact nature of the dispute wasn’t mentioned in the report, but it had something to do with the couple’s children.

Then, as they were leaving the home, a friend of the family contacted the officers to show them a video of Kling taking huge hits from the bowl and blowing it straight into his infant’s mouth. According to the friend, it “was not the first time Kling had done this.”

The officers then did a quick about-face, re-entered the home, confronted Kling with the video, and arrested him. He is being charged with two crimes: endangering the welfare of a minor, which is a Class A misdemeanor; and the application of a controlled substance to another person, which is a felony.

The amount of Kling’s bail was not mentioned in the police report. He is being held at the Washington County Jail.