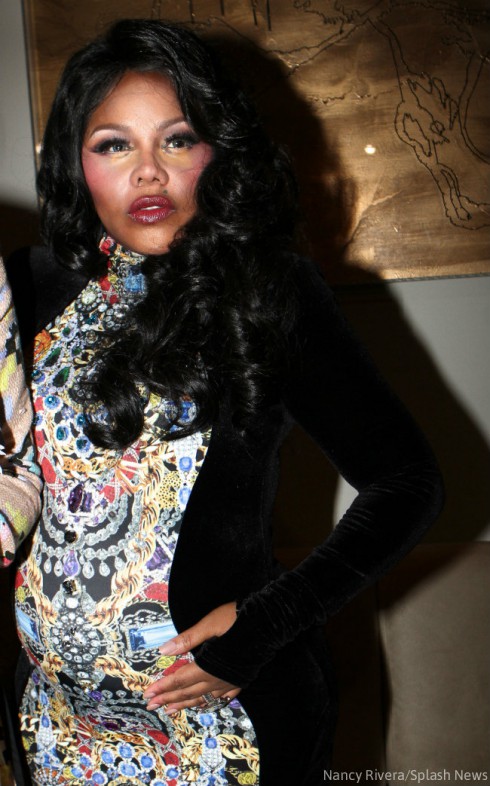 The source added Royal began her Reign just before 10 a.m. at Hackensack University Medical Center in New Jersey. The lil’ girl weighed in at 6 pounds, 5 ounces and measured 19.5 inches long.

Lil’ Kim announced her pregnancy by debuting her bump at New York Fashion Week in February. She said she was eager to become a first-time mom at 39.

She hasn’t revealed the identity of Royal Reign’s father. She was linked to Floyd Mayweather in September 2013, although it appeared to be a platonic relationship. E! News reports New York-based rapper Mr. Papers seemed to claim parentage…

Either way, congrats to Kim on her ‘lil family!