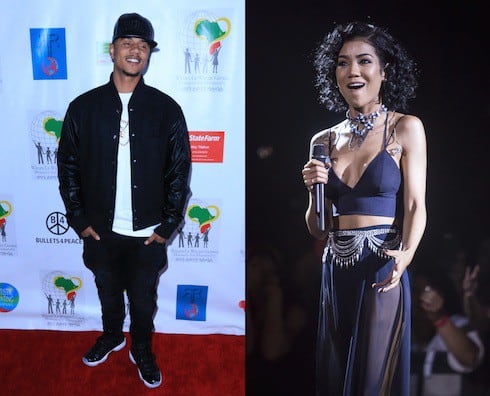 Are Lil Fizz and Jhene Aiko related? It’s not a new question, admittedly–though it’s still one of the most frequently asked about either Fizz or Jhene. But the topic has seen renewed interest of late. The reason? There’s been noise about a B2K reunion for weeks, and it reached its crescendo recently when former member Raz B dropped a bomb on Twitter: “Watching some old B2K videos — I already have major offers on the table B2K will kill,” he said. “It’s been alil over 10 years – Now or Never.”

Unfortunately for nostalgic fans of the R&B supergroup, it looks like the reunion will not come to pass–or, if it does, it’ll have to go on without Love & Hip Hop Hollywood star Lil Fizz. Fizz shot down the idea of his participation during a recent VH1 live segment, saying “It’s been a little over 10, like leave it alone. I would love for it come back but there are just people that don’t want to do it. It’s not beef, it’s just ego…it’s not gonna happen.” 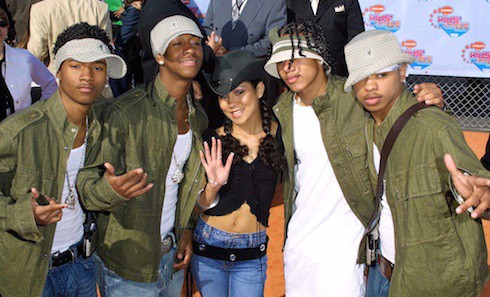 All this B2K attention has got more people asking about the connection between Fizz and Jhene than at any point since their appearance at the 2002 Kids Choice Awards (pictured above). Jhene, who signed a record deal with Epic at the age of 13, was first promoted in connection with B2K, and marketed as Lil Fizz’s cousin because the two knew each other from early childhood and grew up together. She appeared on a number of B2K’s songs and in several of their music videos, and became almost as widely known as Lil Fizz’s cousin as she was for her own work.

Though the marketing attempt ultimately fizzled, Jhene is hardly hesitant to talk about that period of her life. She elaborated greatly during a much later interview with Complex:

I knew Fizz and he was like a cousin so [Epic] just thought that would be a good marketing thing. At the time, no one ran it past me because I was thirteen and at the time they started putting that on everything and it was the tagline. We went along with it because we were young. To me it is a whole lifetime ago because I was more focused on boys and having a boyfriend than doing music.

I’m not actually related to Lil’ Fizz. He was in a group with my oldest brother when I was seven. They never got signed. It was five boys and my brother was a little older so they split the group into two and three and the younger group became B2K and the older group was Melodic and Karma. They were doing things but they broke up, too.

Though she hardly regrets her friendship with Fizz, Jhene has since reinforced the fact thats she resented the record label exerting such strong control over an ultimately false story. “I didn’t really understand that it was gonna be the main thing that they were calling me–that was my like my second name,” she told Red Lipstick, years after the fact. “It kinda got a little out of hand. People don’t understand when I tell them that’s not true; they’re like ‘What? This whole time I thought y’all were cousins.'”

Lil Fizz has also elaborated upon he and Jhene’s relationship, and spoken fondly about the childhood memories they share. He did so most recently in an interview for VladTV:

Finally, here’s a pair of Jhene and Lil Fizz’s best-known collaborations from back in the day. If you were hoping for a reunion, at least you still have the music–and any memories you cherish:

Frosty the Snowman lives in the Sunken Place