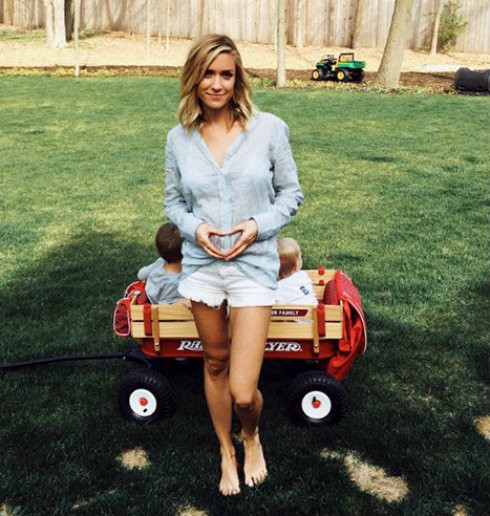 Kristin Cavallari and Jay Cutler are one step closer to fielding their own football team: The former Laguna Beach star announced today she is expecting their third child.

“We’re at it again,” Kristin, 28, said on her Kristin Cavallari app. “Thrilled to announce baby number 3 is on the way! The cutler crew just keeps growin’!”

As if Kristin isn’t busy enough with the app and her own shoe line by Chinese Laundry, the new addition will give Kristin and her Bears quarterback hubby three kids younger than three and a half: Oldest son Camden will turn three in August and middle-child-to-be Jaxon turned one last week. 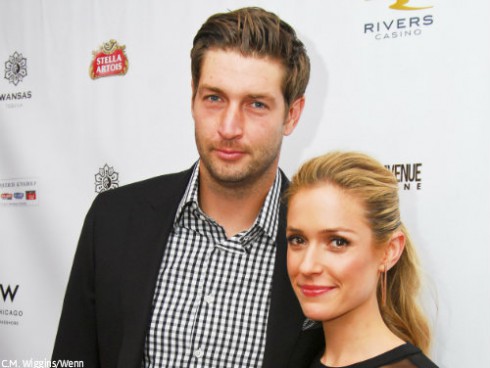 This weekend, Kristin seemed to dismiss immediate plans to expand the family by telling Us Weekly “right now our hands are full” — although she added she was sad her boys are past the baby stage.

“But they’re both at such fun ages now. They’re able to start playing together a little bit now that Jax is 1. It’s really nice. I feel like we’re in a really good place,” she said. “They’re both great kids. They’re just a lot of fun. So we’re really lucky.”

Congrats to the family!