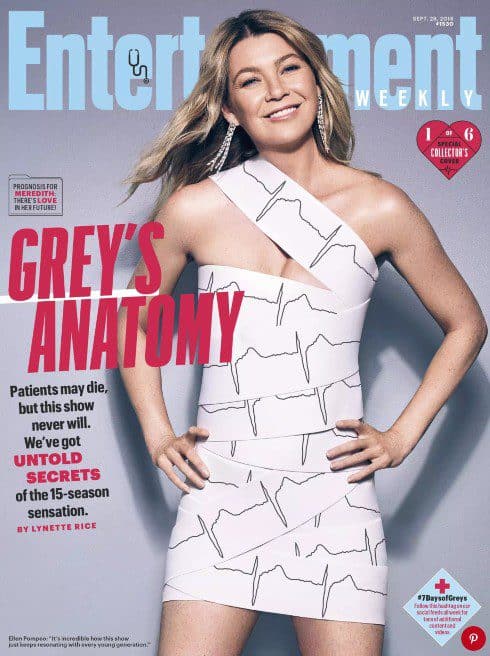 Grey Anatomy’s is one of the longest running dramas currently on air, but that may soon change. In a new, revealing interview with Entertainment Weekly, Ellen Pompeo explains where the show stands and hints at where it’s going.

“I’m feeling like we’re coming to the end of the stories that we’ve told and that we can tell,” Ellen explained. “I have definitely played this out for everything that I possibly could. I’ve given it 200 percent of my energy and my love and my time and my commitment and my dedication.”

Pompeo has been the star of Grey’s Anatomy since it premiered back in 2005. After thirteen years, the actress says she’s given the show all she has.

“I still care very much about the show and I think that it takes a lot of energy. So at some point I have to wrap it up,” she said. The show is about to start season 15; Ellen is under contract through season 16.

There’s no doubt Pompeo is the heartbeat of Grey’s Anatomy. So, will the show die without her? It’s unclear — but as long as Grey’s Anatomy is still profitable, it stands to reason that the show’s producers will find a way to keep it going, with or without Pompeo.

Early on in the interview with EW, Ellen prefaced her stance, saying, “I’m clearly not prepared right now to make any formal announcement about my future on the show. That’s something that Shonda Rhimes and I will do together.”

So, brace yourselves Grey’s fans: there’s a strong chance the show could come to an end sooner than later!

Don’t forget to tune in to the new season of Grey’s Anatomy when it premieres on Thursday, September 27th at 8/7c on ABC.