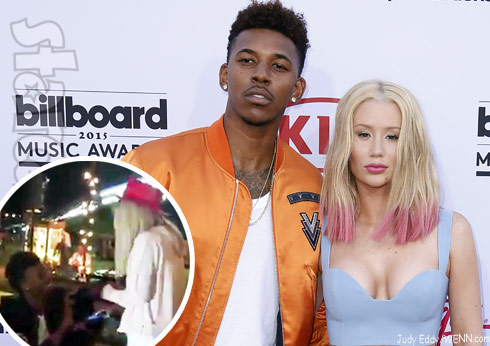 2016 continues to be a tough year for celebrity love as Iggy Azalea and Nick Young became the latest couple to call it quits.

About 3 months ago a seriously bizarre story unfolded as Los Angeles Lakers teammate D’Angelo Russell made a video that wound up on the internet of Young confessing to sleeping with other women.

The “Fancy” rapper waffled publicly about how this revelation affected her relationship. She was spotted shortly thereafter wearing her engagement ring and even joked about cutting off a piece of Young’s manhood if she ever caught him in the act. “No. I’m not cool with it. You will come home with half a penis. I already said, ‘One more video, just one more thing and you will lose a quarter of your meat,’” she said.

Azalea took to Instagram last night to announce that she could no longer trust Young and that they were over:

“Unfortunately although I love Nick and have tried to rebuild my trust in him – It’s become apparent in the last few weeks I am unable to. I genuinely wish Nick the best. It’s never easy to part ways with the person you planned you’re [sic] entire future with, but futures can be rewritten and as of today mine is a blank page.”

Young confirmed that the pair split as he simply tweeted: