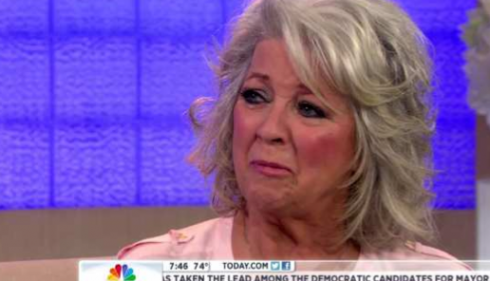 Paula Deen is bleeding business deals profusely in the aftermath of her N-word racism scandal. The list of partnerships she’s losing is staggering. Who knew she had her hands in so many pots? Of course, Paula Deen was a force, and had a vast empire, but just looking at the lists of companies cutting ties is enough to give you vicarious anxiety. The latest staggering deal she lost Friday was her her Ballantine Books that was set to release a new cookbook: Paula Deen’s New Testament: 250 Favorite Recipes, All Lightened Up. It was just the best-selling cookbook on Amazon.com, but now it’s vanished completely. Amazon doesn’t charge people for pre-ordered books until they ship, so no refunds will be necessary.

Here’s the latest list of businesses that have dropped Paula:

Here’s the ones who are still with Paula:

New York Daily News estimates that her total yearly loss so far is about $12.5 million, but that’s not even accounting for the potential cookbook sales, which could have easily been another $1 million.