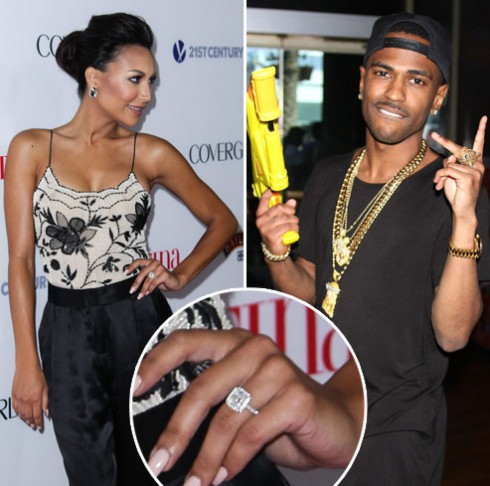 A rep for the actress confirmed the good news to People. Rivera showed off her Big Sean big diamond ring at Latina magazine’s Hollywood Hot List Party held yesterday at the Redbury Hotel in Hollywood, California. Rivera was an honored attendee as she’s featured on the cover of the mag’s October edition.

Rivera, 26, and Big Sean (Sean Michael Anderson), 25, actually met via Twitter. Rivera told Access Hollywood last month, “I had followed him, and he sent me a little message like, ‘I’m a fan,’ We went to dinner and the rest is history.”

PHOTOS Meet the contestants (and the winner!) of the “Win a Date With Gary Shirley” contest!