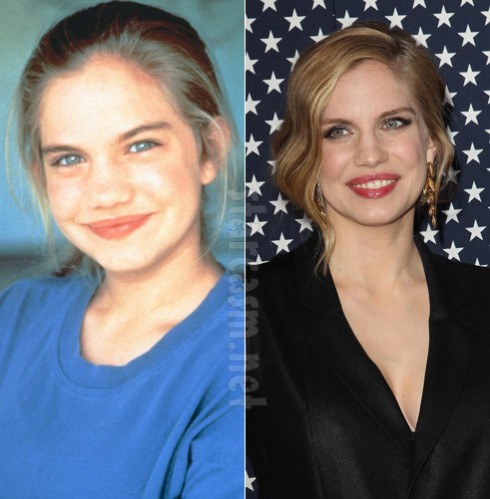 Actress Anna Chlumsky rose to fame as a child star in 1991’s My Girl. Now the 32-year-old has a baby girl of her own!

Anna revealed to People the good news that she and her entrepreneur husband welcomed daughter Penelope Joan So on Thursday, July 11.

“She’s a really good mix between my husband and me. When she’s with him, you see him, and when she’s with me, you see me. She’s a perfect mix. We think she has my mouth, but it’s hard to tell. Even the color of her eyes, they are different in different light. But she has a really full head of hair.”

Anna was thoughtful enough to send out the following tweet of thanks to those professionals who assisted with the delivery:

Thank you to the amazing doctors and nursing staff at #StLukesRoosevelt. Your care and expertise are inspiring. Super people. 🙂

In addition to the joyous news of her family’s new addition, Chlumsky also learned this week that she has been nominated for an Emmy award for her role as Amy Brookheimer in HBO’s Veep.

“I’m still in shock. When I got the call I wasn’t sleeping because I was breastfeeding my daughter. It was neat because it was me and my husband and my daughter all in the room getting the news at the same time. When [my manager] told me, it was that nervous, happy, appreciative laughter. I just laughed a lot! It feels really great to have your work noticed.”

Her nomination is for Outstanding Supporting Actress in a Comedy.

It’s always refreshing to hear that a former child star has succeeded as an adult and it appears like Anna is doing great both personally and professionally.

Here’s a stroll down memory lane with the trailer for My Girl as Anna welcomes her girl. Congrats!

Bed Intruder’s Antoine Dodson renounced homosexuality, has a baby on the way

VIDEO Joseph and Kendra Duggar announce she is pregnant