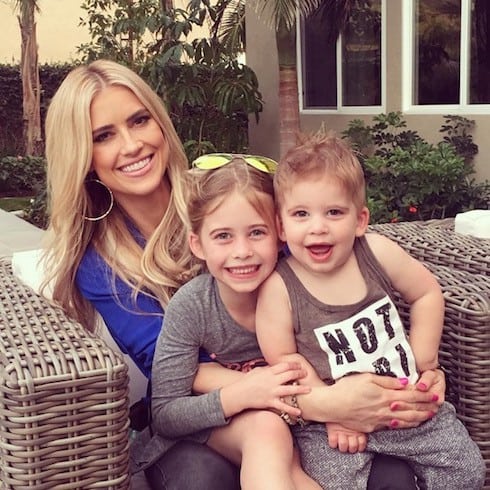 Gossip about Tarek and Christina El Moussa’s next move has turned decidedly positive since the last especially ugly update, which involved rape allegations and was a nadir in the couple’s public relations. According to Christina herself, it looks like filming on Flip or Flop may well continue, which would suggest that she and estranged husband Tarek are ready to put the worst of their relationship behind them and focus on their family as best they can.

Unfortunately, it took a protracted PR battle for the couple to get there–one that saw them sniping back and forth ever since the mid-December revelation that they had been separated since last May and were pursuing a divorce. Since then, occasional rumors about Flip or Flop continuing despite their estrangement have been undercut by a) reports coming out of HGTV that the show will definitely cease production later this year, because Tarek and Christina allegedly can’t stand to be around each other and it’s making for some truly terrible television, and b) Christina would reportedly like to have her own TV show.

Then came the story last week that Tarek apparently joked about raping Christina on set and in front of the Flip or Flop crew, and also screamed at her while she cowered in a locked car and waited for him to go away. Tarek took to Instagram to dismiss those allegations. If you’re especially cynical, though, you’ll note that he shared news that he’s now cancer-free shortly after the rape story broke:

Still #cancer #free!!!! Having cancer is a very scary thing… I always get nervous going into each check up and today I got GREAT news!! Having no thyroid and balancing medications is tough! I'm finally at UCLA and I'm on the right doses of medication.. People don't know but I was very over medicated with rapid heart rate and palpitations to the point where I wore a heart rate monitor… It really messed me up but today everything is dialed and I finally feel great after 3 years!!

That update appeared to bring about a détente, since the next story fans were treated to was a high-profile update in People stating that both Tarek and Christina want Flip or Flop to continue after the divorce goes through. A source told the magazine that the two “are very much committed and want to continue to work together and continue the show,” which is a funny way of saying “Flip or Flop is more profitable than a single-parent spinoff would be.”

…and then confirmed via Instagram that, yes, the show is still filming new episodes–for now, at least:

Flip or Flop airs Thursday nights at 9 on HGTV.