The Orange is the New Black opening credits are one of the most frequently lauded aspects of the show’s aesthetic and overall M.O. What they’re made up of, plainly speaking, is a collage of 52 different silent women’s faces, juxtaposed with empty shots of the place we’re about to come to know as Litchfield Correctional Facility, set to the antsy jingle of Regina Spektor’s now-ubiquitous “You’ve Got Time.” Chances are, if you’ve seen the Orange is the New Black opening credits even once, you’ve either gotten the song stuck in your head or had the faces of those women–some smiling, some smirking, most of them pained–stuck there, or been unable to shake the whole jarring, effective presentation. 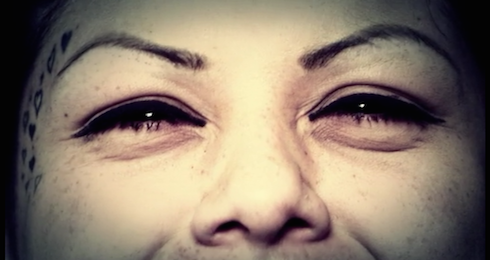 Possibly the most common question regarding the Orange is the New Black opening credits, though, is who the faces are: who are the people the faces belong to. One of them looks a little bit like Red; a couple look somewhat like Piper; the woman above, with the heart tattoos around her right eye, kind of looks like Daya, if you want it bad enough. But it’s clear that none of the main cast is included in the minute and fifteen seconds that make up the Orange is the New Black opening credits. That’s because each of the 52 different women is a real-life convicted criminal. 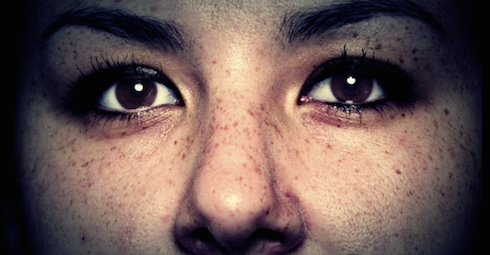 The main creative reason that none of the cast features in the credits is because show creator Jenji Kohan wanted to let viewers know right away that Orange is the New Black isn’t just a show about Taylor Schilling’s character Piper Chapman. Kohan has long admitted that Piper is the “Trojan horse” through which she can access an audience and tell a bevy of other, non-white stories:

You’re not going to go into a network and sell a show on really fascinating tales of black women, and Latina women, and old women and criminals. But if you take this white girl, this sort of fish out of water, and you follow her in, you can then expand your world and tell all of those other stories. But it’s a hard sell to just go in and try to sell those stories initially. The girl next door, the cool blonde, is a very easy access point, and it’s relatable for a lot of audiences and a lot of networks looking for a certain demographic. It’s useful. 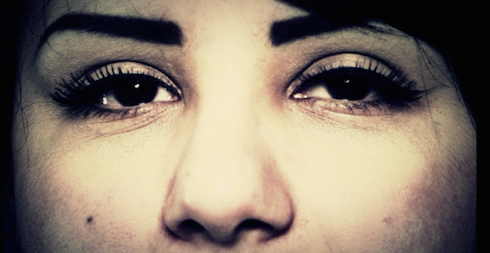 According to Gary Byrman, executive director of Thomas Cobb Group, the advertising agency who produced the credits, the initial idea was “a semi-surreal main title sequence of images from Piper’s point of view that would starkly contrast the hard, cold reality of her new imprisoned life against the imagined luxuries of her previous life.”

When Kohan stressed that the show needed to be about many different women’s stories, TCG changed strategies. To Byrman, the simplest possible strategy worked best where Kohan’s requirements were concerned:

[We] directed each woman to visualize in their mind three emotive thoughts: Think of a peaceful place, think of a person who makes you laugh, and think of something that you want to forget. [Our director] apologized ahead of time for the last question but found it was incredibly effective in evoking a wide range of unfortunate memories….[We] found this really interesting sweet spot of cropped compositions that would not necessarily reveal who the person was, but at the same time provide a portal into their soul through their eyes….Authenticity was the driving force behind showing our subjects as they are. 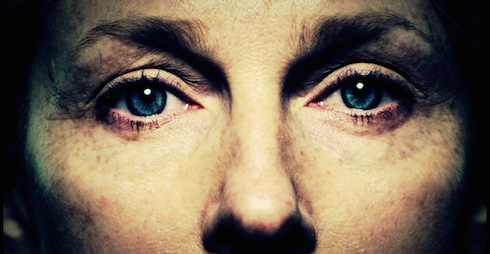 Thomas Cobb Group, perhaps unsurprisingly, is responsible for the award-winning Homeland opening credits, as well as those of Weeds, Kohan’s previous show.

There is one nod to the popularity of the show’s source material, though. The real Piper Chapman, the one who wrote the book on which the television show is based, is one of the 52 women featured in the Orange is the New Black opening credits. She’s the fifth face from the end–the blue-eyed woman who blinks.

PHOTOS Can you rent the Girls Cruise yacht? How much does it cost?

VIDEOS Orange is the New Black Season Three debuts tomorrow: Here are some funny teasers to get you prepared