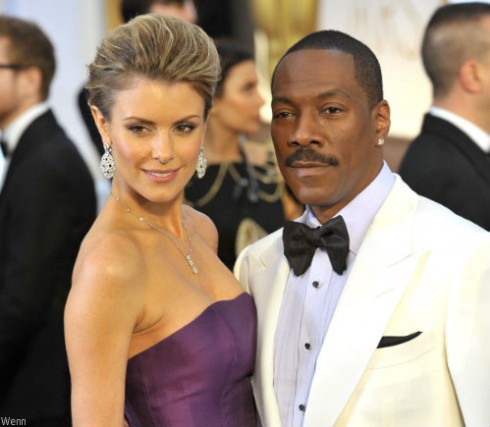 Eddie Murphy is one of the most prolific movie stars in Hollywood — for a couple of different reasons! A representative announced Eddie and girlfriend Paige Butcher are expecting their first child together, which brings the total up to nine kids for the legendary comedian. He previously welcomed children with four other women.

“[Eddie and Paige] are pleased to announce that they are expecting a child in May,” his rep told E! News. Eddie, 54, and Paige, 36, have been together for four years.

Eddie welcomed his first child with girlfriend Paulette McNeely 26 years ago. The following year, he welcomed another son with girlfriend Tamara Hood. The Coming To America star settled down a bit after that — at least in the traditional sense — when he had five children with wife Nicole Murphy. After that marriage ended, he had a daughter with former Spice Girls star Mel B. (He disputed Mel’s claim at first, but his paternity was confirmed with a test. It’s also worth noting that Eddie’s Wikipedia page fails to mention his oldest two sons and says he only has six children. Someone want to fix that?)

With his ninth child on the way, Eddie is solidly on the list of celebrities with the most children. In fact, there really aren’t any notable living stars with more children — unless you count reality stars like the Duggars and Bateses or Jackson patriarch Joe Jackson. Eddie is now (nearly) tied with Stevie Wonder, who welcomed his ninth baby last year.