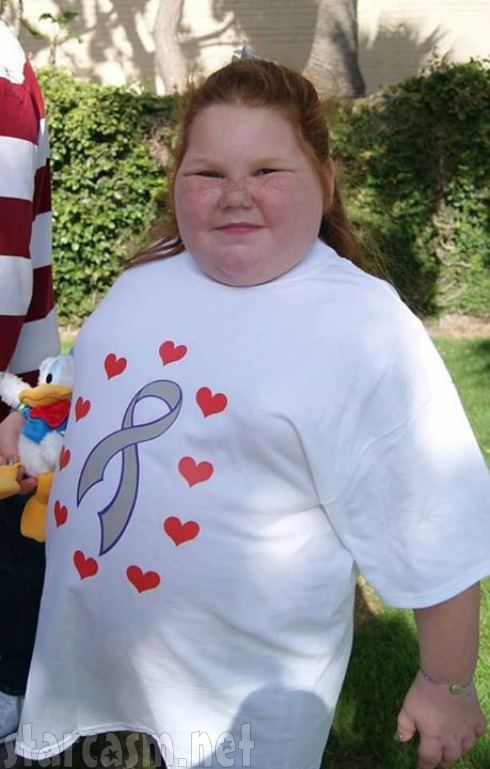 In less than 48 hours, strangers have donated nearly $57,000 for a gastric bypass surgery that could save 12-year-old Alexis Shapiro’s life. The fundraising boost came after a national story about the Texas girl’s rare condition, hypothalamic obesity, which was triggered by a surgery to eliminate a similarly rare brain tumor.

“My goodness! It’s crazy,” Alexis’ mother, Jenny Shapiro, told NBC News of the donations. “Alexis really likes it. I think she feels like people aren’t looking at her anymore and people are rooting for her.”

The donations are particularly helpful to the Shapiro family, whose U.S. military insurance plan won’t cover the surgery until Alexis ages. Meanwhile, doctors say the procedure is likely the only way to help Alexis.

“The team is certainly in favor from a medical standpoint of moving forward as quickly as we can,” said Dr. Thomas H. Inge, an expert in pediatric obesity at the Cincinnati Children’s Hospital Medical Center.

Alexis plight began when she was diagnosed with craniopharyngioma, a benign brain tumor, when she was 9. Surgeons were able to remove the tumor, but were unable to avoid damaging Alexis’ hypothalamus and pituitary gland. This caused her to develop hyperphagia and hypothalamic obesity. In the two years since, Alexis has gained more than 140 pounds, developed Type 2 diabetes and experienced a multitude of other obesity-related ailments.

By having the gastric bypass surgery, doctors believe that Alexis will not only lose weight — but will also experience a chemical shift that will reduce her uncontrollable cravings for food.

“It’s going to be a lot of hard work,” mom Jenny said. “We know that it’s not going to be ‘Have the surgery and, yay, everything’s fixed.’ But it’s a start.”