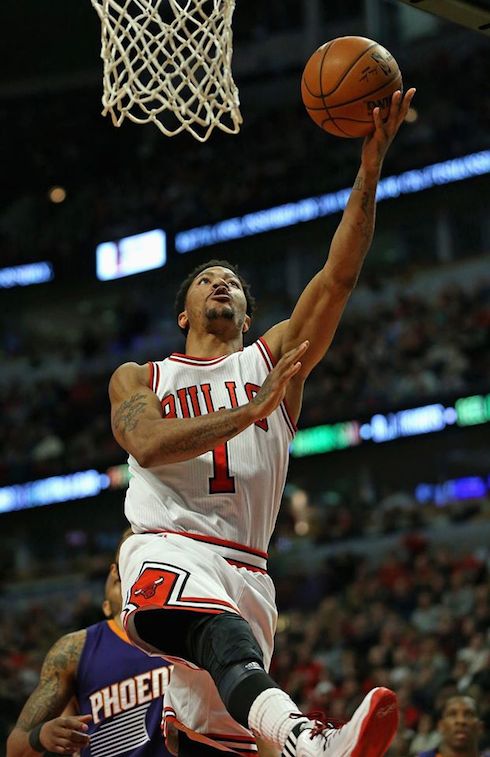 The accuser in the ongoing Derrick Rose rape case has put a price on her demands: $21.5 million dollars. The 29-year-old woman, who has chosen to remain anonymous in her civil trial against Rose, claims the Chicago Bulls’ All-Star point guard and two friends gang raped her in Los Angeles in August of 2013.

The plantiff, known only as “Jane Doe” in the lawsuit, filed the Derrick Rose rape case in Los Angeles County Superior Court this past August. The case has since been moved to the federal U.S. District Court in Los Angeles, since Rose’s attorney argued that California did not have jurisdiction over Rose, who is a resident of Illinois. (Rose does have a house in Beverly Hills, where he lives in the offseason.)

Attorneys for Jane Doe are asking for a cumulative $21.5 million dollars for their client: $15.5 million in damages stemming from the alleged Derrick Rose rape case; $6 million in “compensatory damages,” and $3,420 in attorney’s fees.

Rose has rarely addressed the allegations in the two months since they became public, but has called them “completely false” and said he uses them as “fuel” for his on-court performance. Rose has also gone on record saying that the sex between the accuser, himself, and his two friends did happen, and that it was consensual.

In addition, several legal analysts have called Jane Doe’s motives into question. Micke Monico, a Chicago-area attorney for television station WGN, pointed out that the current Derrick Rose rape case was Doe’s third attempt at filing a lawsuit, which suggests that she’s had a difficult time finding an attorney willing to take her on as a client. According to Monico, the fact that the case is civil, rather than criminal, further suggests a lack of evidence on Doe’s part.

The federal trial is scheduled to begin on December 7th.

Courtland Rogers’ new girlfriend reveals he struck a plea deal, will be released from jail on Friday