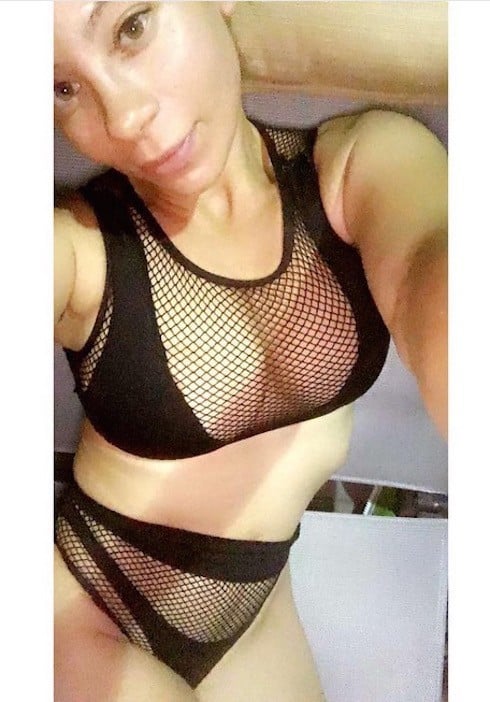 After years of trying to get D-Wade’s baby mama to join up with her VH1 drama crew, Shaunie O’Neal’s Aja Metoyer Basketball Wives dreams have become a reality. Aja is one of two new BBWLA Season 6 cast members to have made headlines for her high-profile pregnancy (Nick Young’s baby mama Keonna Green is the other). The 33-year-old is best-known for giving birth to son Xavier Zechariah Wade on November 10, 2013, after becoming pregnant by Wade while he was on a break from his now-wife Gabrielle Union.

RELATED: Bonnie-Jill Laflin, the first female scout in NBA history and a former professional cheerleader, is joining up with BBWLA for Season 6

Before that, Aja was best-known for being the mother of two of Damon Wayans, Jr’s children–and for being sister to Chrissy Metoyer, mother to NBA player Joe Crawford’s daughter.

As you might have guessed, Xavier, now three, is growing up big–and adorable:

RELATED: Brandi Maxiell is coming back to Basketball Wives against Shaunie’s wishes because the show needs more “spice”

RELATED: Evelyn Lozada confirms return to BBWLA for Season 6: “We want to change the direction of the show”

As for what Aja does for a living, that oft-asked question remains something of a mystery. Her social media following is larger than most, but not big enough to warrant the kind of high-profile product placement that results in easy money for celebrities. The details of her financial arrangements with Wade and Wayans remain a secret, though both men have long acknowledged that they fathered children with Aja and it seems that all baby mama drama is long in their respective rear view mirrors.

But, according to a 2014 Judiciary Report article, those arrangements could be lucrative indeed: because California awards child support based on the income of the wealthier parent’s “income and assets,” her monthly check from D-Wade alone could be around $50,000–for a yearly total of $600,000.

You can follow Aja on Instagram here, and on Twitter (where she updates far less frequently) here. And you can catch her in action when BBWLA Season 6 drops this April on VH1.