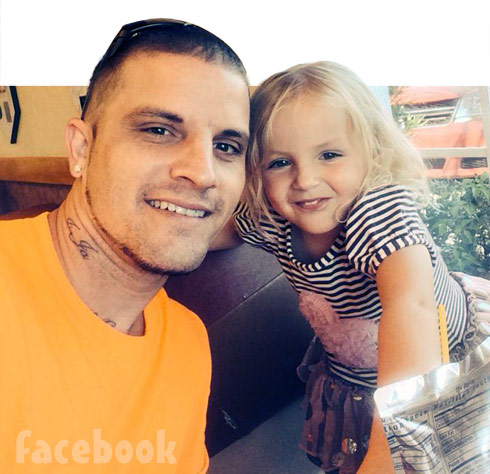 It’s been more than a year and a half since Teen Mom 2 star Jenelle Evans and ex-husband Courtland Rogers ended their tumultuous relationship, and although Jenelle has settled into a relatively drama-free life with Nathan Griffith, the relationship drama continues for Courtland. The 28-year-old father of one, who was just released from prison on October 1, took to Facebook late last night to ask for help in locating his daughter Jordan (JaJa), claiming that JaJa’s mother Taylor Lewis will not reveal her location.

In his lengthy, heartfelt plea (included in its entirety below), Courtland reveals that while Taylor was in jail recently she told him that Jordan was at “Disney world with a lady named mrs grey.”

“So she said that when they got back from Disney world she would let mrs grey know to get right ahold of me so I could go get my little girl and I keep her until Taylor got out of jail,” Courtland wrote. “Well it’s been almost 40 days and 40 nights literally that I haven’t heard from ANYBODY REGARDING MY DAUGHTER…” he revealed. “Can ANYBODY OUT THERE ON THIS FACEBOOK HELP ME ON FINDING MY LITTLE GIRL ??”

It appears that Taylor is now out of jail, and she has been posting photos and videos of herself and JaJa on instagram: 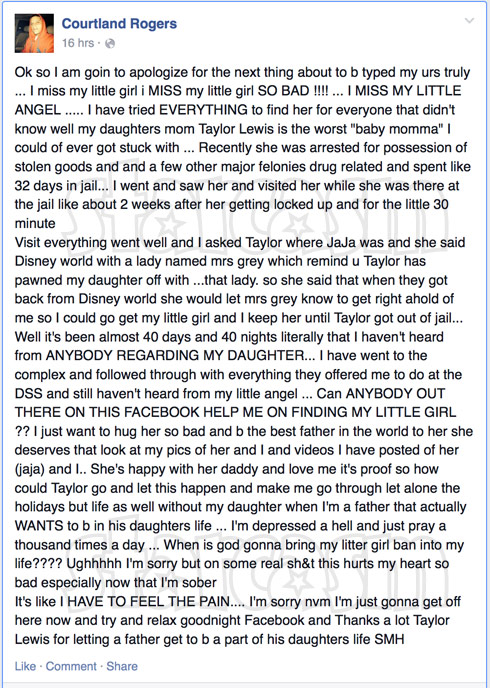