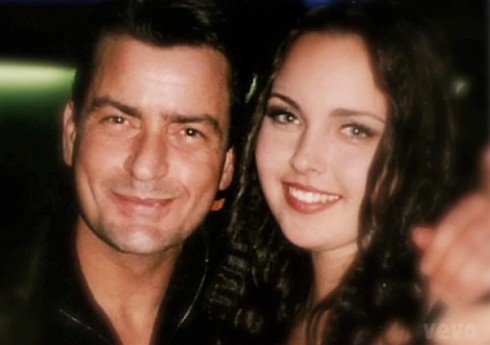 Notorious bad boy and tiger blood aficionado Charlie Sheen is going to be a grandpa! After some serious prying by David Letterman, the former Two and a Half Men star announced that his daughter Cassandra Estevez is expecting a baby on last night’s The Late Show. However, Charlie isn’t exactly thrilled with his new title.

Charlie then owned up to his news. “Grandfather,” Charlie said with a little smile. “It’s fabulous,” he added, but not exactly “a title I’m ready to adopt.”

Regardless of his feelings about becoming a grandfather, Charlie, 47, is very excited about the baby, especially because “you can leave the kid!” 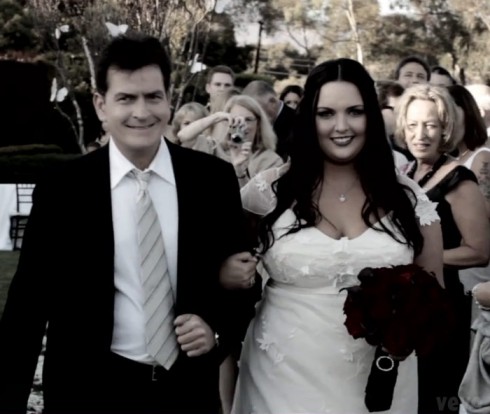 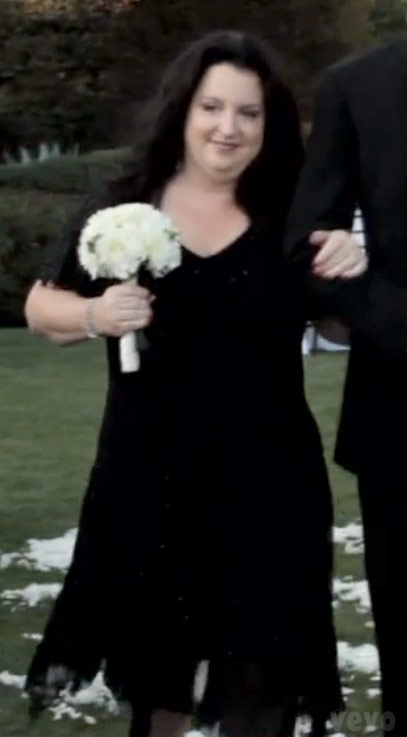 Cassandra Estevez, Charlie’s daughter with his high school sweetheart Paula Speert, married her own childhood sweetheart, Casey Huffman, in a luxurious ceremony in Santa Barbara in September of 2010. The photos above are from the ceremony with Charlie Sheen and daughter Cassandra on the left, and Cassandra’s mother Paula Speert walking groom Casey Huffman down the aisle on the right.

In addition to his baby news, Charlie also weighed in on his drug use and recovery, well, lack of recovery. “I don’t really believe in that lifestyle anymore,” Charlie explained of his struggle to get clean. “It doesn’t seem fair — you guys don’t want me clean and sober, that’s boring!”

Being sober may be “boring” as far as the media is concerned, but come on, Charlie! Granddaddies can’t be acting like that!