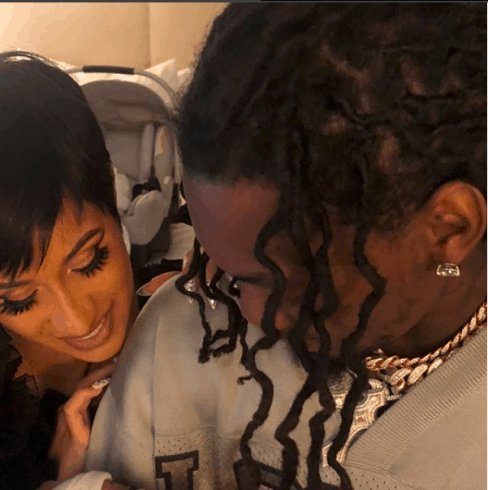 Last October, Offset made a show of proposing to Cardi B onstage at a Philadelphia concert. Cardi jumped up and down and fanned herself, but they both had us all fooled because the couple had already gotten married a month before.

It wasn’t until this June that the couple revealed they’ve already been been married for almost a year, when Offset slipped up at the BET Awards and called Cardi his “wife.” Their daughter, Kulture Kiari Cephus was born the following month, on July 10, 2018. (Kulture is Cardi’s first and Offset’s fourth child.)

Cardi previously revealed more about their low-key wedding on Twitter. She said they just woke up on September 20, 2017 and realized that they didn’t want to lose each other. They found someone who would marry them that day, and the only other person present was Cardi’s cousin.

Now, Cardi is sharing a bit more of she and Offset’s big day via Instagram. The bride wore white, but her outfit of choice was a bit unconventional. 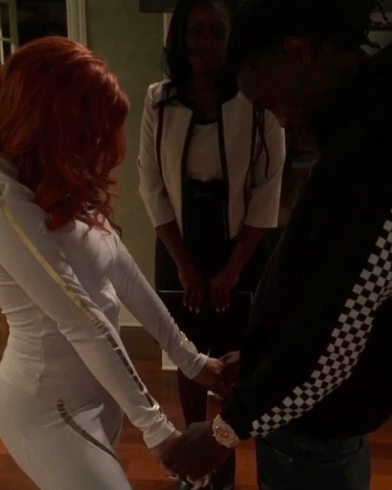 Cardi and Offset both wore tracksuits in their sweet, spur-of-the-moment ceremony. Not only did she not wear a dress — she wasn’t even wearing makeup. The ceremony took place in a bedroom:

This why i name my album “Invasion of privacy” cause people will do the most to be nosey about your life .Welp fuck it . pic.twitter.com/U3uHFOT3qK

“Well now since you lil nosey f**ks know at least ya can stop saying I had a baby out of wedlock,” Cardi capped off her explanation of her super simple, super romantic wedding.

How is Paris Jackson now? Who is her boyfriend, Chester Castellaw?

Is Scott Eastwood dating anyone?