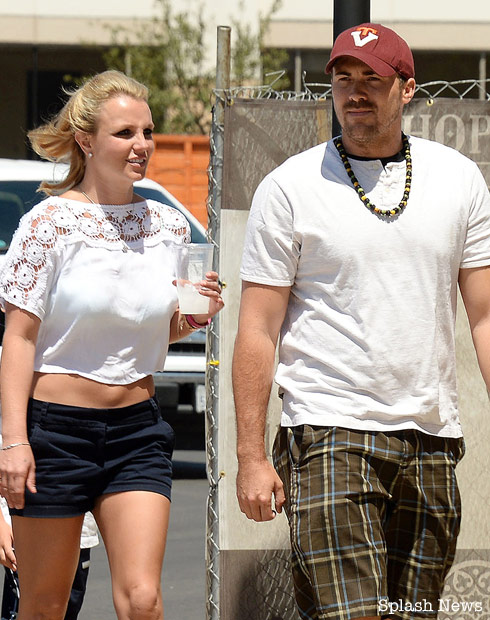 Britney Spears broke up with her boyfriend of 18 months, David Lucado, after she discovered that a video was being shopped around showing him cheating. Now it’s been revealed how the pop superstar found out about and first saw the video and the story’s pretty amazing.

It tuns out that Britney’s father and conservator, Jamie Spears, swooped in and ponied up what was reported to be a very high price tag to purchase the clip that is said to show Lucado dancing with and kissing a woman in someone’s living room.

He contacted Britney and showed her the clip – which directly resulted in Britney calling things off.

Jamie Spears’ rep told TMZ that he did this in order to protect his daughter from Lucado and to save her the embarrassment of having it go public.

When a rep for Lucado was contacted he said, “David is very, very in love with Britney. This is unfortunate and he hopes that it all works out.”

Britney hasn’t hidden from the reports either as she tweeted “Ahhhh the single life” and then posted the following video about having a sh***y day to Instagram:

The rep for Daddy Spears added that the video is under lock and key now and if anyone tries to post a copy he will shut it down.

Summary: Crappy boyfriend. Great Dad and conservator. Find someone who wears shoes with hearts on them.