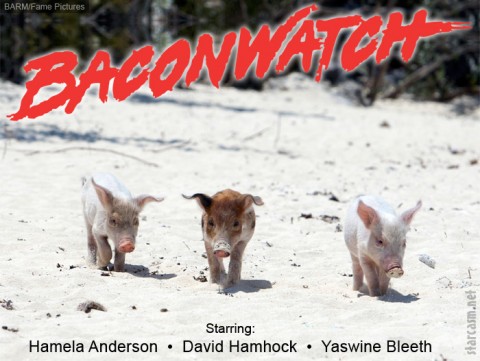 Starcasm is proud to introduce a brand new television show guaranteed to be a smash hit around the world! 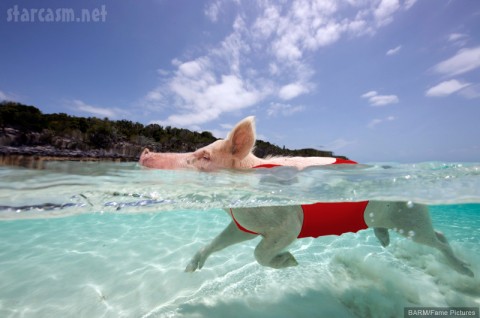 Judging by the previews, the show will be very similar to its predecessor with lots of hot nipple action and some of the finest examples of the other white meat you have ever seen! (Hmmmm – that photo above concerns me. Do sharks like bacon?)

This next preview would seem to indicate this spinoff suffers from the same lame-o plot issues as the original: 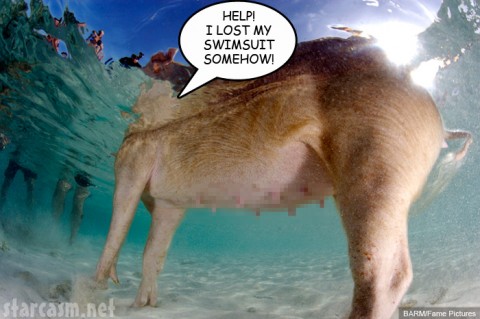 But, those Baywatch geniuses are well aware of the fact that well-developed plots would just distract from all the other well-developed things in the show!

Former Baywatch hottie Traci Bingham wanted to be a part of Baconwatch, and lord knows she has the right name for it, but the poor girl got her tasty meats mixed up: 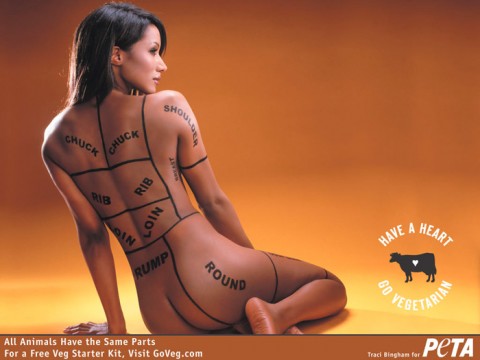 But, just like Hollywood producers and television fans everywhere, we’re willing to overlook Traci’s inadequacies because she has some mighty fine adequacies that more than make up for it!

LISTEN New Michael Jackson song This Is It leaked early