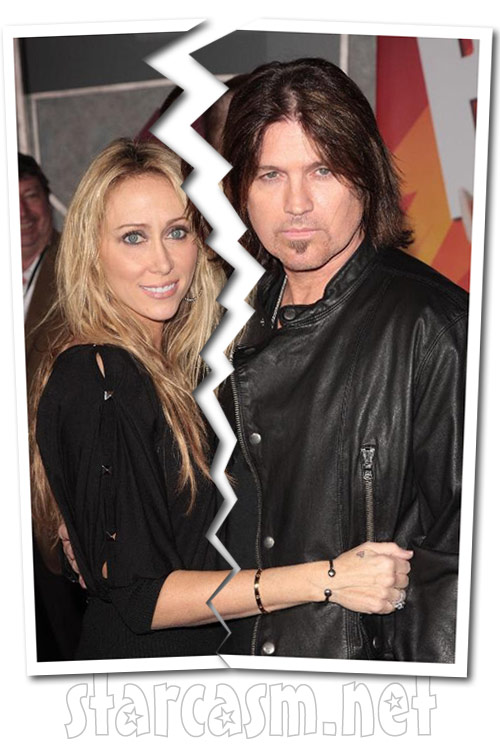 Billy Ray Cyrus and his wife Leticia “Tish” Cyrus filed for divorce Wednesday, ending their 17 years of marriage. The official papers, filed in Tennessee, cite irreconcilable differences as the cause for separation.

The couple issued this statement via PEOPLE:

“As you can imagine, this is a very difficult time for our family,” they say in a statement. “We are trying to work through some personal matters. We appreciate your thoughts and prayers.”

Billy and Tish are most famously the parents of superstar Miley Cyrus, born Destiny Hope Cyrus. Together they have two other children, daughter Noah Lindsey, and son Braison Chance. Billy Ray also has two adopted stepchildren, Trace (born 1989) (singer/guitarist for Metro Station) and Brandi (born 1987), and he also has one son from a previous relationship, Christopher Cody (born 1992). Cyrus adopted Brandi and Trace when they were young children.

I’m sure it is a difficult time for the Cyrus family. I don’t think anyone could could sum up the pain any better than Billy Ray himself: