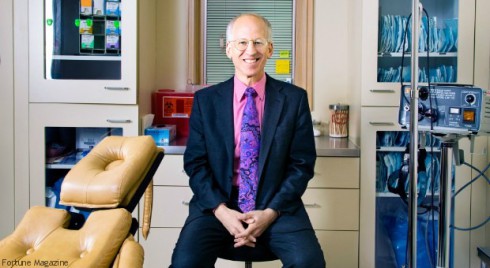 Dr. Steve Denenberg was among the first plastic surgeons to post before-and-after pictures online. As reward for his early Internet presence, Dr. Denenberg earned a personal a war against catfish who steal his pictures for their own businesses.

“Just because you see something on the Internet, doesn’t mean you can snatch it and use it on your website,” he told The Omaha World-Herald.

Dr. Denenberg first learned his pictures were getting passed off by others as their work more than 10 years ago, long before “catfishing” became a well-known term. Most of the time, Dr. Denenberg hears of the “intellectual larceny” through concerned patients who’ve noticed the same pictures on multiple sites.

In some instances, the pictures are notably out-of-place on the foreign websites.

“There was one from Damascus, that was trying to get more rhinoplasty business by showing cute little blonde girls from north-central Iowa with upturned noses,” Dr. Denenberg explained, adding pictures have also been stolen by offices in India, Brazil, Israel, France and Tunisia. 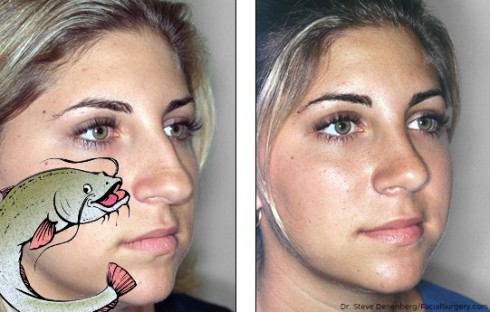 Fortunately, Dr. Denenberg has guidance from his father, an area attorney. Working together, the two Denenbergs won more than $300,000 in damages throughout the past 10 years — although Dr. Denenberg says it’s all gone to cover their continuing legal expenses.

And as soon as they nab one catfish, another seems to appear.

“It does seem to be happening less,” he said. “But we recently found someone else using a picture of mine, and we started the legal process again. I don’t understand why this doesn’t stop.”

Dr. Denenberg was recently profiled by Fortune Magazine, which deemed him “the most important plastic surgeon between Hollywood and Manhattan’s Upper East Side.” But, it’s not that kind of recognition he seeks by sharing his message. Rather, the father-of-five wants others to do their research before signing up for a serious surgery.

“If the nose doesn’t turn out well, it’s not like a bad haircut that grows out,” he said, urging patients not to make decisions based exclusively on before-and-after pictures. “The patient may sit in front of a mirror and cry for the next two years.”

Does Janice Dickinson have breast cancer?