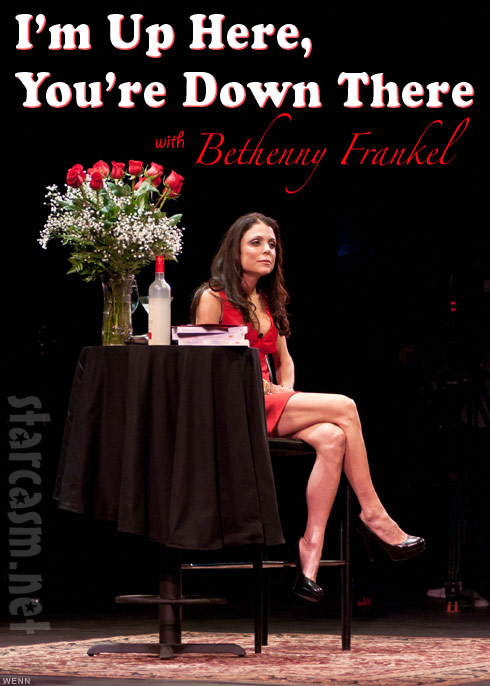 According to RumorFix.com The 40-year-old star of her own spin-off reality series on Bravo titled Bethenny Ever After has just inked a deal with the same production company that is behind such successful talk shows as The Ellen DeGeneres Show, Tyra, Lopez Tonight and Anderson. The site reports that the show is currently in development.

This helps explain why Bethenny would sell of her very successful Skinny Girl brand of alcoholic beverages!

Bethenny talked with PopEater back in February and expressed her desire to get her own talk show:

“I would like a daytime talk show because my conversation with my fans right now is through social networking, and my TV show communicates what I’m doing, but it isn’t really a dialogue or a conversation,” she told PopEater at the British Airways Face To Face event in New York. And she’s pretty hopeful it will happen. “Most of my business wishes come true.”

We’re guessing the next big Bethenny announcement will be that she is going to be Barack Obama’s vice presidential candidate in 2012. At least we know the debates will be entertaining – especially if hosted by Andy Cohen! (There’s a brilliant idea, btw – a 2008 Presidential Campaign Reunion Special with Andy Cohen! John McCain, Sarah Palin, Barack Obama and Joe Biden will be present and maybe they could even get Hilary Clinton and Mike Huckabee to sit in. Brilliant. “Watch What Happens” indeed!)

REPORT Is Derick Dillard cheating on his wife?