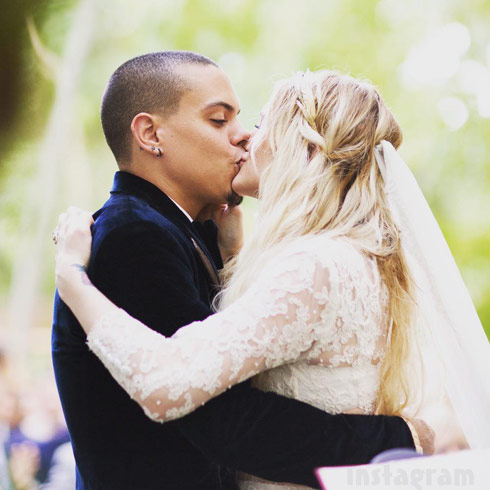 Congratulations to Ashlee Simpson and Evan Ross, who welcomed a daughter Thursday night!

E! News broke the story, which was later confirmed by numerous media outlets. “Their whole family was around to support them,” a source told the site.

Evan was very emotional and loves Ashlee so much. He did not leave her side and wanted to go through this with her every step of the way. He can’t wait to be a dad. He would do anything for Ashlee and now this baby girl. Ashlee is doing great and can’t wait to get home to to be with her family.

Evan, 26, and Ashlee, 30, were married last August at the Greenwich, Connecticut home of Evan’s mother, Diana Ross. The couple announced last December that they were expecting their first child together. They haven’t revealed their little girl’s name, but, during an appearance on The Wendy Williams Show in February, they did say that the name they had chosen was unique. Evan added, “You guys will figure out the story behind it once we tell the name.”

UPDATE – Evan and Ashlee have revelaeled that their daughter’s name is Jagger Snow Ross. 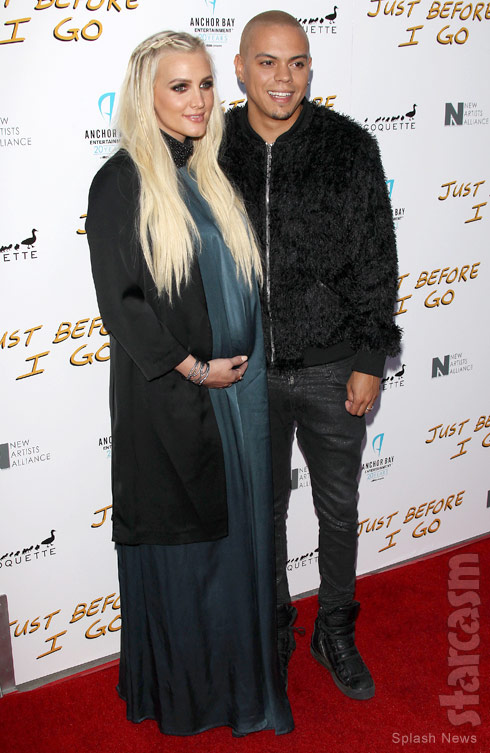 Again, congratulations to Evan and Ashlee! To celebrate, I thought I might share some of their wedding photos–photos that Evan only recently posted online:

Another shot of my beautiful lady. Before rehearsal dinner

#reflections of such a beautiful wedding. Me and my amazing wife @ashleesimpsonross. At my mothers house in Greenwich Connecticut! And now I can’t wait to meet my little baby girl