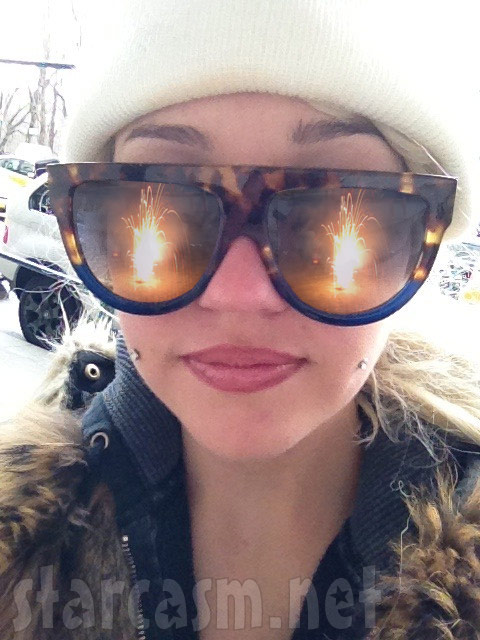 Amanda Bynes has been grabbing headlines for months now with her erratic behavior, despite her vehement claims to the contrary. Last night it appears that her antics finally crossed the line when she reportedly started a fire with a can of gas in hand on a random person’s driveway in Thousand Oaks, California. After the incident, during which some of the clothes Amanda was wearing were burned, police placed Amanda on a 5150 hold in a local hospital where she is set to undergo a mental evaluation before she can be released.

TMZ is reporting that Amanda allegedly started the fire on Monday night at an elderly woman’s home near the retirement community where she had previously trespassed. Police were called to the home around 9:00 pm after someone witnessed the fire. When sheriff’s deputies arrived, Amanda was standing near the fire with a small red gas can in hand. Officers talked with Amanda and asked her about the fire and why she had set it, and her answers led to her being placed on the 5150 hold.

(A 5150 hold is an involuntary hospitalization for mental evaluation. Amanda will be free to leave after 72 hours.)

TMZ spoke to the homeowner whose driveway was set on fire and she told the site that officers asked her, “Do you know anyone by the name of Amanda Bynes, or why she would have some vendetta against you?” To which she responded by saying no, she did not. (As have numerous other folks caught up in Amanda’s numerous vendettas over the last couple months!) The woman told TMZ she had no idea that a fire had even been set until cops began knocking on her door.

Earlier in the day on Monday (prior to Amanda’s trespassing and camping), Amanda was spotted at a Santa Monica Bloomingdales. At the time, Amanda was wearing a giant gray t-shirt with flip flops and one of her signature blonde wigs.