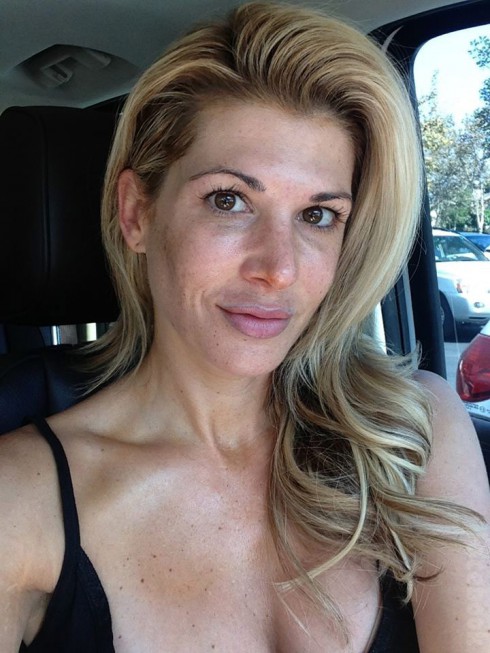 When The Real Housewives of Orange County‘s Alexis Bellino left her skin therapist on Friday she was so excited about how her post-facial skin was glowing that she shared the completely makeup-free selfie above on Facebook. Along with the photo, Alexis wrote:

I LUV my glowing skin after a facial from Cyndi Allcot…I don’t want to put makeup on! And thank you Dr. Kobayashi and Dr. Kosins for keeping Jim and I young with the Botox. I’m refreshed & ready for Gems n Treasure event tomorrow in San Diego! (No makeup/no filter)

That is an amazing difference! And I may have to agree with Alexis — I don’t think I want you to put makeup on either. 🙂 (And that’s from someone who has always thought Alexis is quite beautiful.) For those still undecided, here are a couple side-by-side photos of Alexis with and without makeup: 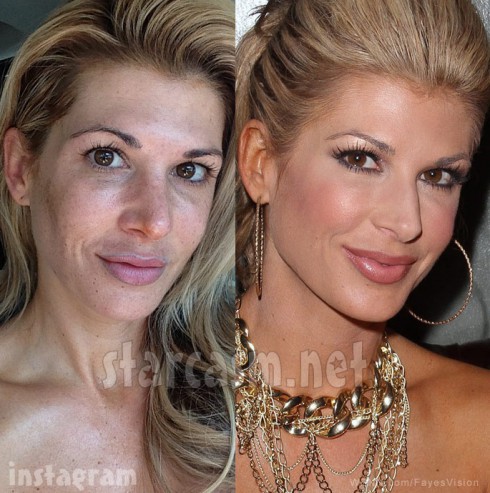 And if that still wasn’t enough for you, I spent a little too much time in Photoshop applying makeup to half of Alexis’ face for you: 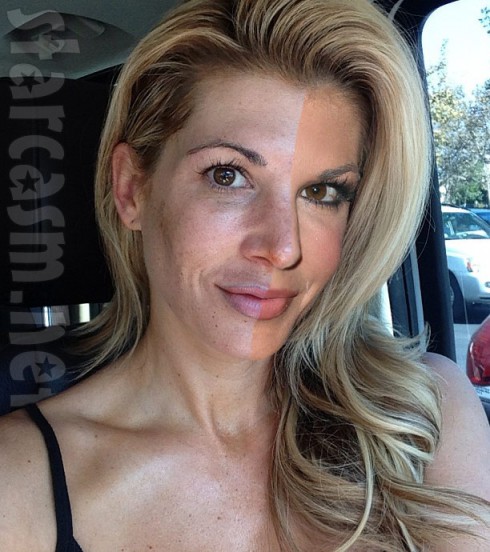 So, what’s your preference?

While you think that over, I’ll update you on the latest Real Housewives of Orange County rumor — according to Star magazine, Alexis Bellino and cast mate Gretchen Rossi have been fired from the show! The tabloid (which is the same company as the uber-Housewives-connected Radar Online, has a source that tells them that it was Gretchen’s lack of storyline that got her fired, as well as reports (that fans are apparently buying into) that her engagement to Slade Smiley was made up to garner more screen time.

Alexis, as you may know, was basically fired prior to Season 8, but was brought back at the last minute when another new lady bailed on the show. According to Star, “producers feel [Alexis] contributed very little to last season.”

Meanwhile, the magazine says “Tamra Barney, Vicki Gunvalson, Heather Dubrow and Lydia McLaughlin have been asked to return. Production for the ninth season is set to begin this month.”

So what do you think about Alexis and Gretchen potentially being fired?

Lady Gaga looks unrecognizable without makeup in new photo, plus watch her get her nose pierced