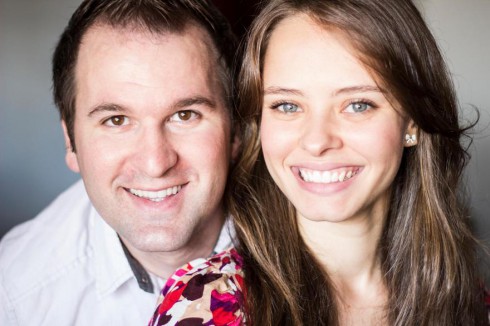 90 Day Fiance‘s Kirlyam Ailly, from a small town in Brazil with no running water, met L.A. based Mormon Alan while he was on a missionary trip in her country. At the time of filming TLC’s 90 Day Fiance, they had been engaged for a year and had maybe spent a total of two weeks together.

When Kirlyam arrives in the U.S. Alan takes her to the Hollywood Walk of Fame where she excitedly poses with the stars of Marilyn Monroe, and her personal crush, Johnny Depp. Things get dicey when she spots a Jack Sparrow impersonator: Alan realizes that he’s jealous and doesn’t want the performer to hug Kirlyam. A hand kiss is allowed, which excites Kirlyam too much in Alan’s opinion. In fact, even Alan can barely touch Kirlyam. Because of his Mormon values, Alan is waiting until marriage to have sex. To make sure they live up to their values, he has a friend come over to chaperone the couple at home. It’s definitely a clash of cultures, probably in many ways. Can two people really, truly know each other through Skype and emails?

There is no evidence of whether or not Alan and Kirlyam worked out and got married, but in August a friend set up a Crowd Tilt account to raise money to help Kirlyam’s family before she came over to the US. Her father, the sole breadwinner for the family, was hit by a bus while on his motorcycle earlier this year. He survived and recovered, but was unable to work while medical bills mounted. They met their Crowd Tilt goal of $500 after about a month, and it’s unclear from the description if the money was solely to get Kirlyam to the US on her 90 day visa, to help her family pay medical and other bills, or both.

CLICK HERE to learn more about the other couples from 90 Day Fiance.

90 DAY FIANCE Ashley poses in a bikini in Houston, Jay watches her daughter back home